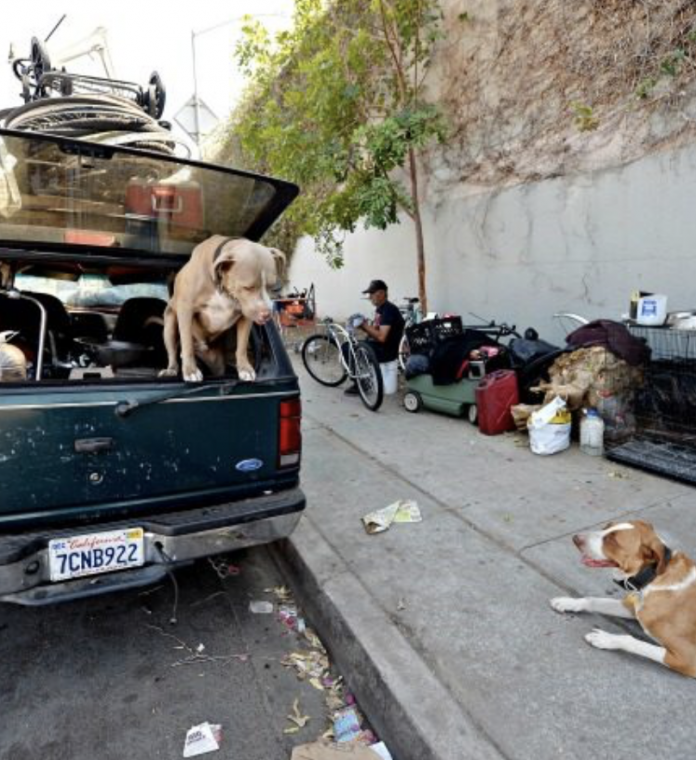 Homelessness in the city of Los Angeles, California is rapidly becoming an increasingly perilous problem. People are sleeping on the streets and inside of tents which are parked anywhere. Individuals without homes are often forced to dumpster dive and otherwise employ desperate measures in order to eat and survive.

As the situation worsens, residents of Los Angeles are calling upon their elected officials to enact change. These calls come amidst concerns of the health implications of human waste and other excrements littering the streets of Los Angeles. At this point, if and when officials decide to act, they will certainly have their work cut out for them.

Conservatives who have observed the situation in Los Angeles view leftist policies and improper management as the catalysts which prompted the current situation. Furthermore, residents in the area note that officials are enabling the problem by failing to take action; their arguments go on to state that bemoaning the tragedies of homelessness while doing nothing to solve them is counterproductive.

“The best we get out of those elected to deal with problems are soundbites. Soundbites that say ‘it’s a humanitarian crisis’ and that ‘we have to do something’ only to see that something be either nothing or pathways to criminalization.”

Data and studies have indicated that roughly 60,000 homeless individuals are in Los Angeles.

Many of Los Angeles’ residents believe that their politicians and elected officials let them down. California Governor Gavin Newsom is one of the leaders taking direct heat for the situation in Los Angeles; this largely comes after Newsom’s vow to focus on housing in struggling areas.

Ultimately, this promise fell through when California legislators failed to unify on boosting the housing supply and residential developments. Newsom furthermore faces accusations of taking a “hands-off approach” and catering to various special interest groups. Of course, the California governor has denied these charges.