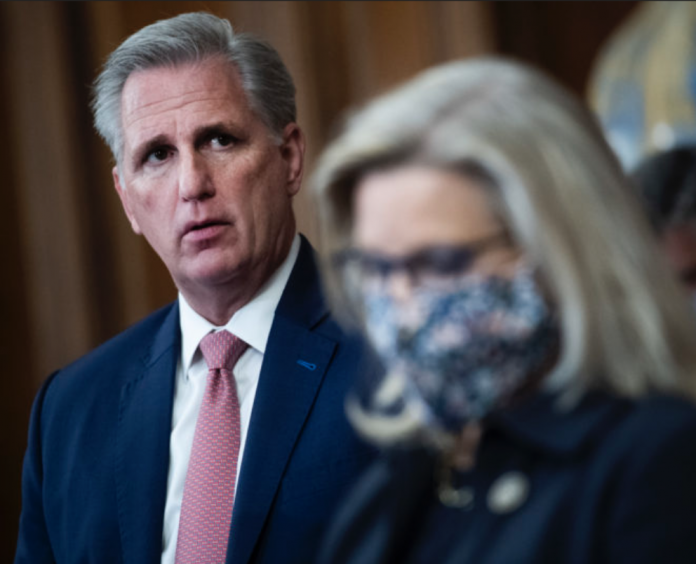 Most Republican Party leaders and voters are supportive of former President Trump. Time and time again, polls show that Trump maintains extremely high approval ratings within the Republican Party; however, the minority of GOP members who do not support the former president certainly don’t hesitate to make this known.

During a House Republican retreat, House Conference Chairwoman Liz Cheney spoke candidly about her thoughts on the 45th president. Cheney declared that she doesn’t think Trump should run for office in 2024 and also doesn’t view him as a leader of the Republican Party.

Cheney’s views are very different from Rep. Kevin McCarthy, the House Minority Leader and a steadfast ally to former President Trump. Over the past few days, Cheney’s open statements about Trump have apparently created tension between herself and Leader McCarthy.

Differences in opinions between Reps. Cheney and McCarthy

On Tuesday, McCarthy did not outrightly criticize Cheney’s remarks on Trump. The House Minority Leader did, however, talk about the importance of productivity while on a political retreat.