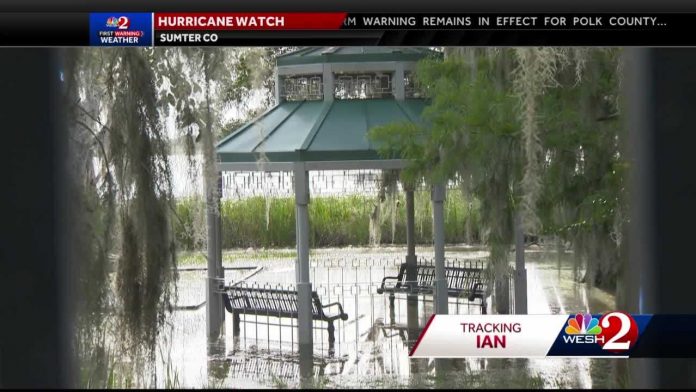 Hurricane Ian is due to hit the West coast of Florida, as soon as Wednesday. If it continues its current trajectory, it will also hit Tampa and St. Petersburg.

These cities in Hillsborough County have not had a direct hurricane hit since 1921.

The county Emergency Management Director Timothy Dudley had a storm prep news conference in Tampa. He urged viewers to “Please treat this storm seriously. It’s the real deal. This is not a drill.”

Hurricane Ian hit the western tip of Cuba on Tuesday morning. It is gathering strength with winds at 110 mph.

Ian is expected to get wider and stronger, “which will have the potential to produce significant wind and storm surge impacts along the west coast of Florida,” the hurricane center announced.