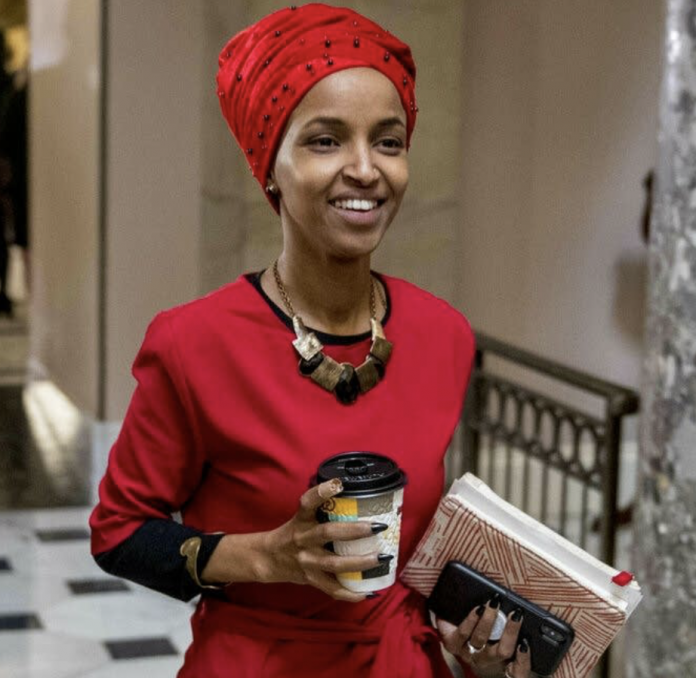 Over the course of 2019, newly elected Rep. Ilhan Omar has made headlines for various controversial statements. Many of Omar’s statements attracted bipartisan criticism and were subsequently branded as anti-Semitic and anti-American.

However, this has not halted Omar from publically articulating her viewpoints. The congresswoman is currently facing backlash after her remarks about the United States and Venezuela.

Earlier this week, Omar sat down with the progressive TV program Democracy Now! During her time on air, the congresswoman vocalized her outlook on the crisis in Venezuela and America’s subsequent involvement.

In Omar’s own words:

“A lot of the policies that we have put in place has kind of helped lead the devastation in Venezuela and we have sort of set the stage for where we are arriving today. This particular bullying and the use of sanctions to eventually intervene and make regime change really does not help the people of countries like Venezuela; it certainly does not help and is not in the interest of the United States.”

The United States has regularly attempted to position itself as an ally to Venezuela as the latter works to break free from a massive dictatorship.

As Venezuelans take to the streets to stand for their freedom against an oppressive dictator, Democrat Congresswoman @IlhanMN chooses socialism over freedom. The Trump Administration stands with the freedom-loving people of Venezuela. https://t.co/UYiPLPvKl5

The censure from the vice president and others doesn’t seem to sway Omar. Following Pence’s response, Omar doubled down on her previous statements:

Just as in interventions past, those who oppose war are labeled supporters of dictators and haters of “freedom.”

We saw this playbook in Iraq.

The situation in Venezuela is dire and the Trump Admin is making it worse. We must support diplomacy, not war.

The Political Divide in America

The stark contrast between Omar’s commentary and the remarks of Vice President Pence and others simply highlights a stark, political divide. Many Americans have stated that certain issues should be able to unite individuals on both sides of the aisle; however, this seems to be getting less and less common with each passing day.

Furthermore, issues in Venezuela are a common talking point here in America. Many conservatives regularly note that Venezuela is an example of how socialism ruins nations. This comes as more and more candidates on the left-wing are openly supportive of socialist policies and reforms.