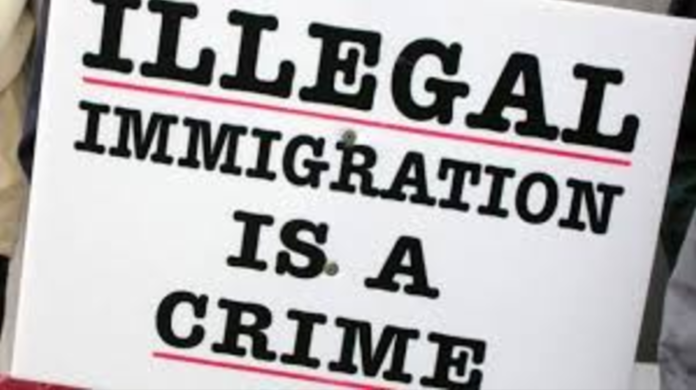 The leaders of Maryland came until intense fire after permitting illegal immigrants to vote in their local elections, as reported by Fox News.

What Is Wrong With Maryland Leaders?

On Tuesday, more than half of College Park’s council members voted to allow illegal immigrants to vote in local elections. However, after receiving nationwide backlash, they retracted the egregious mandate. On the night of September 15, College Park leaders backtracked, claiming they rescinded the aforementioned measure due to a lack of supporting votes.

Why did any leaders in Maryland vote in favor of illegal immigrants voting in (local) elections? It’s very concerning. As leaders, the College Park council has a duty to uphold the law. Allowing people who snuck into this country to vote is inherently criminal. The College Park council ought to be ashamed of themselves.

The Flaws Of Pandering To Illegal Immigrants

Political correctness is a scourge on this nation. This surge of people pandering to lawbreakers is alarming to say the least. People need to understand that illegal immigrants are criminals. In addition to being criminals, illegal immigrants are owed nothing. They have no rights. If people from other nations wish to come to this country and enjoy the privileges that Americans have, they need to come here legally.

Why is this so difficult to understand? Furthermore, why are some people so determined to pander to lawbreakers? Instead of allowing illegal immigrants to vote (prior to the detraction), the College Park council leaders could have worked to make life better for the actual citizens in their city.

The law abiding citizens of this nation should always come first. This is non negotiable. Additional Fox News reports state that Maryland is not the only city with a predilection for lawbreaking illegal immigrants.

San Francisco, Cambridge, Amherst, and New York City are also toying with the notion of permitting illegal immigrants to vote in their local and city elections. This is an absolute slap in the face to the law abiding citizens. If city councils choose to embark on the same path as College Park, they will inevitably take heat for it. The aforementioned cities may even face well-deserved legal ramifications.

Law & Order and the American People

At the end of the day, putting the American people and legal immigrants first is paramount. As President Trump has stated so many times, any prosperous, great nation requires law and order. Hopefully the fiasco in College Park will cause other cities across America to think twice before knowingly aiding criminals and allowing them to break the law, merely for the sake of toxic political correctness.

Additional updates to this story will follow as new reports arise.