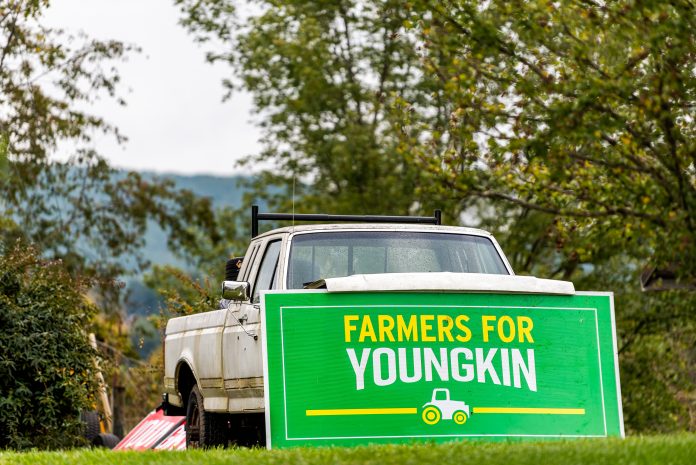 This Tuesday is Election Day in Virginia. In the gubernatorial race between GOP candidate Glenn Youngkin and Democrat candidate Terry McAuliffe, many Virginians have already cast their votes.

However, since early voting in the commonwealth has ended, those who have yet to cast a ballot can do so on Tuesday, November 2.

Right now, Youngkin is ahead of McAuliffe in the polls. This marks a major change, as McAuliffe was previously leading his GOP opponent. Despite pulling out all the stops and getting Obama, Biden, Harris, and other Democrats to campaign for him in the commonwealth, McAuliffe is still trailing Youngkin.

Now, a new report indicates Independent voters in Virginia could ultimately be the reason why Glenn Youngkin becomes the next governor in the commonwealth.

Throughout Youngkin’s campaign, he’s taken an approach that’s made Independents view him as a more moderate candidate. Youngkin’s made it clear he’s running a movement, not just a typical GOP vs. Democrat race. To many Independents, this resonates and they’re responding well to it.

Youngkin’s rise in the polls directly correlates with McAuliffe’s decline. In fact, the Virginia Democrat’s even turned up MIA during some of the latest campaign events as this election nears its end.

The power of the Independent vote

In many elections throughout the nation, the focus is placed on Republicans vs. Democrats. However, this makes it easy to forget about Independents and swing voters.

These voters matter. They matter enough to the extent where they have the power to sway elections. Over the course of 2021, multiple political polls have shown Independents in agreement with Republicans more often than not.

This bodes well for Glenn Youngkin. It also bodes well for Republicans across the country as midterm elections get closer. On Tuesday, America will learn whether or not Independents carried Youngkin to victory in the Virginia governor’s race.