A self-employed carpet cleaner in Indiana recently filed a federal lawsuit against Indiana State Police with the help of the ACLU. Mark May, the plaintiff, stated that on August 21, 2017, he flipped off Indiana State Trooper Matt Ames. Trooper Ames was involved in a different traffic stop at the time of the incident. May alleged that prior to his unbecoming action, Trooper Ames had cut him off in traffic while Trooper Ames was in pursuit of another vehicle.

Trooper Ames saw the gesture and eventually pulled over May and issued a ticket for “provocation.” May believes that his right to flip off Trooper Ames was protected under the First Amendment. ACLU of Indiana’s Legal Director, Kenneth Falk, wrote in the complaint: “While perhaps ill advised, Mr. May’s gesture, which in no way interfered with the Master Trooper’s lawful activities, was fully protected by the First Amendment.” Mr. Falk went on to write that Trooper Ames “had no cause whatsoever to initiate the stop…and the stop represents an unconstitutional seizure in violation of the Fourth Amendment to the United States Constitution.”

The Provocation Statute Under Indiana Law

At the heart of the federal lawsuit is the ticket written by Trooper Ames for “provocation.” Indiana has a definition of “provocation” written into its criminal code. Provocation is defined by the State of Indiana as “a person who recklessly, knowingly, or intentionally engages in conduct that is likely to provoke a reasonable person to commit battery.” The ticket carries a fine of up to $500.

In the federal lawsuit, May asks for unspecified damages from Indiana State Police for allegedly violating his constitutional rights. He also requested monetary compensation for missing two days of working in his small business along with attorney fees. 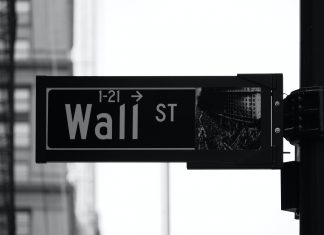