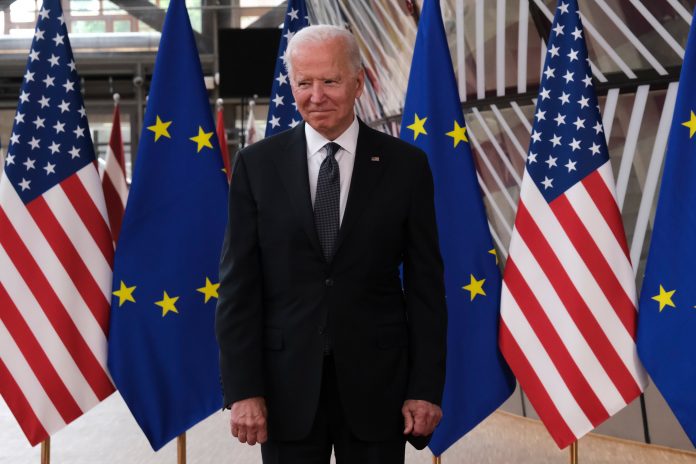 There is no denying that inflation is here in America. Some economic analysts believe that it’s here to stay for years to come. This inflation nightmare comes as a result of mass government handouts and spending. Ultimately, the spending power of the dollar has diminished in value, thus engendering a rise in prices.

Now, just earlier this month at a town hall event, President Biden spoke about inflation. The Democrat president professed that in the long term, spending more money will somehow get America out from inflation’s grip. The reality, however, is that spending wastefully is what’s brought about inflation now.

It’s very clear that Biden doesn’t view his economic policies as the catalyst for inflation; however, a new poll confirms that most of the country has a very opposing outlook.

Today, Morning Consult revealed in a brand new poll that 59% of the country believes Biden’s policies regarding the economy created the present inflation crisis. The latest from Morning Consult follows other recent surveys showing that significant majorities of Americans are worried about inflation.

People across all political stripes and affiliations feel the impacts of inflation. Ironically, inflation is delivering the hardest hits to the middle income and lower income folks Biden promised not to tax. Still, as Republicans have repeatedly noted, inflation is the ultimate tax; it’s also a tax that is most brutal to folks with few resources.

41% of Democrat voters and more than eight in ten Republicans also stated that Biden’s economic policies bear significant responsibility for inflation. The White House, meanwhile, continues to undermine (if not downright deny) the presence of inflation.

Putting an end to inflation in America

Ending inflation will ultimately require stepping back from the free for all spending of the Biden administration. This is not something the White House will do willingly, however. Already, Biden is aligning with his congressional allies to get more spending bills passed.

This is why a key step towards ending inflation means getting Republicans back in control of Congress. If Republicans regain power in Congress (or even just one chamber), Biden won’t be able to pass obscene, expensive spending bills at will.

Only then can the United States begin to combat inflation.