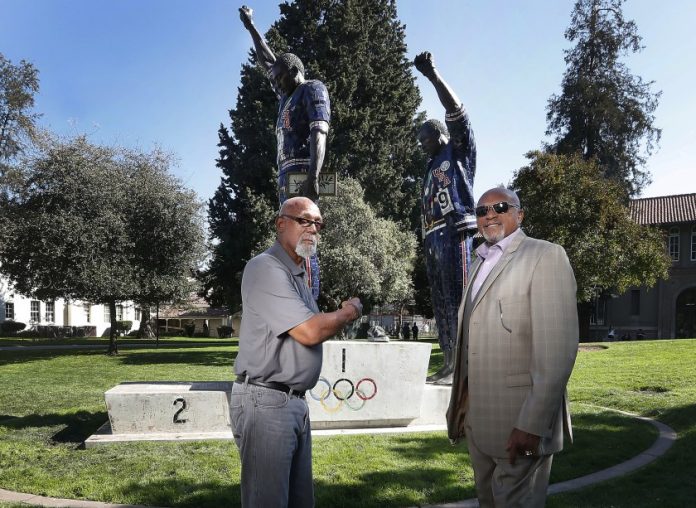 ue to the Covid-19 pandemic, the  Olympic Games Tokyo 2020 will start on the 23rd of July 2021. In anticipation of the event, the International Olympic Committee (IOC) says athlete protests and political messages will be banned. IOC Rule 50 is very specific.

The IOC claims the majority of competitors are in favor of maintaining the ban. The IOC says they surveyed more than 3,500 competing athletes over the last 12 months. And 70% of the respondents say it is “not appropriate to demonstrate or express their views” on the Olympic field of play or at the opening and closing ceremonies. And the rules have been in place for a long time.

In 2020 both the World Players Association and Athleten Deutschland requested the IOC modify Rule 50. But the IOC is confirming its ban on “demonstration or political, religious or racial propaganda,” will remain.

No Protests According to IOC Rule 50

IOC Rule 50 applies to the field of play, opening and closing events, and medal podiums. It restricts protests and demonstrations at all Olympic venues and the Olympic Village.

The IOC says any protest or demonstration outside Olympic venues must comply with local laws. So this summer raising a fist on the podium or taking a knee on the field still risk punishment at the Tokyo Games.

The IOC also specifically bans slogans such as “Black Lives Matter.” And says they will not be allowed on athlete’s attire at Olympic events and venues. They do allow using the words “peace,” “solidarity,” “respect,” “inclusion” and everyone’s favorite “equality” on  T-shirts.

Any instance of rulebreaking will be evaluated by an athlete’s respective National Olympic Committee, International Federation, and the IOC. If there is disciplinary action it will be taken on a case-by-case basis.

Where to Express Views

“If we do not, the life’s work of the athletes around us could be tarnished, and the world would quickly no longer be able to look at us competing and living respectfully together, as conflicts drive a wedge between individuals, groups, and nations, “ Rule 50 Guidelines say.

“That is not to say that you should be silent about the issues you care deeply about and below you will find a list of places where you can express your views at the Olympic Games.”

“While respecting local laws, athletes have the opportunity to express their opinions, including:

A protest according to IOC Rule 50?

According to Rule 50 protests include:

The Olympics History of Protest

Americans Tommie Smith and John Carlos were expelled from the US team at the 1968 Olympics in Mexico by the then United States Olympic Committee (USOC). They raised their fists in a black-gloved demonstration of “Black Power” on the podium to protest racism following the men’s 200 meters final.

What is now known as the Munich massacre was a violent protest during the 1972 Munich Summer Olympics.  Eight members of the Palestinian terrorist group Black September took nine members of the Israeli Olympic team hostage. In all 11 athletes and coaches were killed. A German police officer also died along with five of the terrorists.