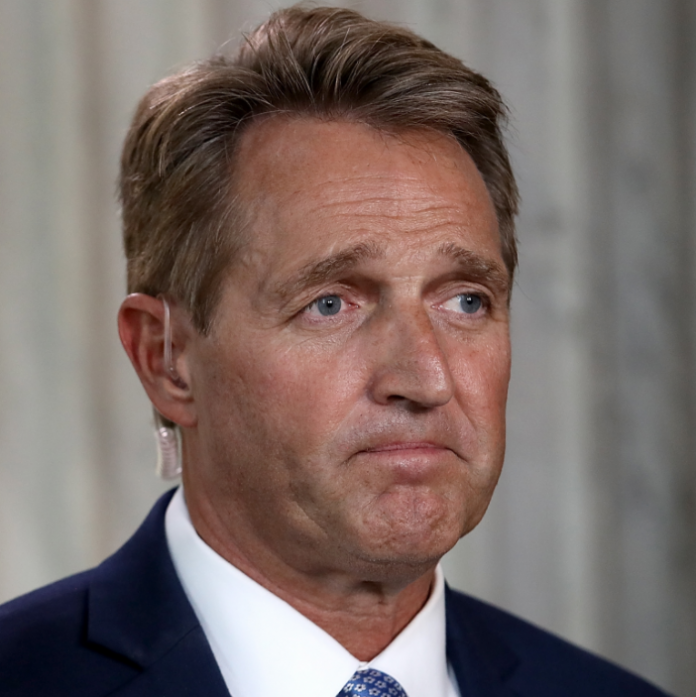 Republican Senator Jeff Flake has slammed President Trump for what he views as the latter’s “damaging” references towards the mainstream media, as reported by The Hill.

Flake on President Trump and the Press

Flake is not the only person in politics to opine the aforesaid viewpoints. Many liberals and other critics of President Trump and echoed these sentiments. The President’s frequent criticism of the media has encouraged his detractors to compare him to infamous dictators like Stalin and Hitler. However, President Trump and his supporters maintain that the media often provides erroneous information. In many regards, they are correct. There are several, factual instances to support the claims from both the President and his base.

The Reality of Fake News

Both President Trump and White House press secretary Sarah Sanders pointed this out via Twitter:

…and they knew exactly what I said and meant. They just wanted a story. FAKE NEWS!

The above example is one of many reasons why the press is frequently dubbed as “fake news.” Therefore, comparing President Trump to infamous dictators does not suffice in the eyes of many Trump supporters. Ultimately, the media has more than earned the nickname of fake news, affirms the President’s base.

Also, it is worth noting that despite the misreport, the Wall Street Journal has yet to issue a retraction or an apology. Shortly after the President’s tweets, the publication stated their decision to “stand by what [they] reported.”

Senator Flake has yet to comment on the latest controversy surrounding the Wall Street Journal. However, the aforementioned report has fanned the flames regarding the validity of assertions of “fake news.”

If the media doesn't want to be called "fake news," they should try reporting accurately. This is a clear example of the press failing to do their job. They have more than earned the title of "fake news." https://t.co/ImEP8vXx00

We first contacted the WSJ Friday morning and asked for a correction. They repeatedly refused to issue one despite clear audio evidence they'd misquoted POTUS. https://t.co/yauftW3qDQ