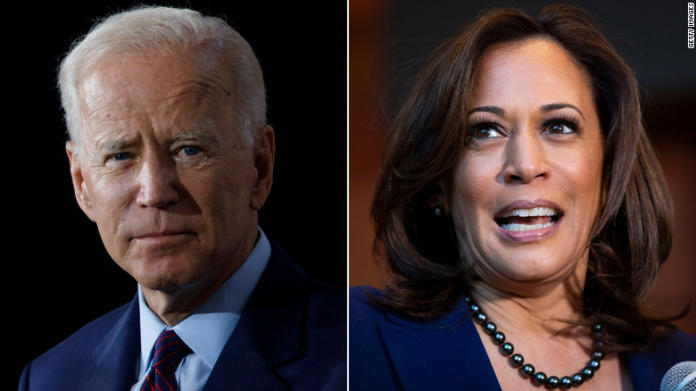 Joe Biden has announced that California Senator Kamala Harris will be his running mate for the 2020 Presidential ticket.

“I have the great honor to announce that I’ve picked @KamalaHarris — a fearless fighter for the little guy, and one of the country’s finest public servants — as my running mate,” tweeted Biden on Tuesday afternoon. “Back when Kamala was Attorney General, she worked closely with Beau. I watched as they took on the big banks, lifted up working people, and protected women and kids from abuse. I was proud then, and I’m proud now to have her as my partner in this campaign.”

The announcement comes in the shadow of weeks of speculation and after the DNC dropped the schedule for next weeks convention. Harris, Biden’s once-rival, is the first woman of color to appear on a major party’s presidential ticket and if elected will be the first woman Vice President.

Hours before the announcement, Harris tweeted her support for Biden’s presidential campaign, saying “America is desperate for a strong, competent, and honest leader who seizes the moment, takes responsibility, and does everything possible to solve the crises plaguing our country. That’s why we must elect @JoeBiden on November 3rd.”

Next week, Harris and Biden will do their best to unify their party through the Democratic National Convention.