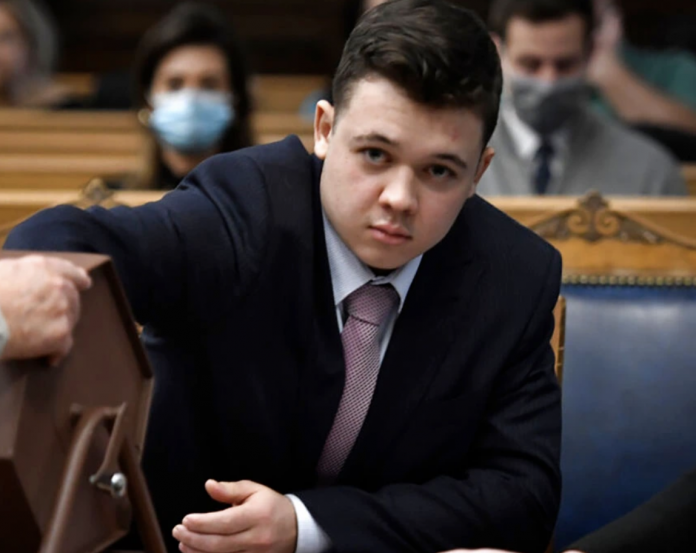 Last year, Kyle Rittenhouse made headlines after he shot and killed Joseph Rosenbaum and Anthony Huber while also injuring another individual. Rittenhouse, then 17, now 18, went to Kenosha with an AR-15 to protect the city from being ripped apart by rioters and looters.

At some point, the teenager found himself chased down by Rosenbaum, Huber, and others. At least one individual coming after Rittenhouse also had a pistol and threatened to murder him. Eventually, the situation came to a head when Rittenhouse fired his AR-15 against the aforementioned individuals to save his own life.

This whole situation then led to a lengthy trial. During the trial, prosecutor Thomas Binger was seen pointing an AR-15 at the jury with his finger on the trigger during a demonstration. Meanwhile, Rittenhouse’s defense team argued the shooting occurred for self-defense purposes.

Earlier today, the jury eventually found Rittenhouse not guilty on all charges.

What to know about Rittenhouse’s acquittal

During Rittenhouse’s trial, the 18-year-old faced an intentional homicide charge, along with four others that could have led to life in prison for him. Throughout the trial, left-wing activists did all they could to get a guilty verdict as the outcome.

Leftists sent death threats to the judge presiding over the case; they also threatened riots and MSNBC even tried to follow the jurors’ bus earlier this week. However, despite all the death threats and intimidation, the jury reviewed the case, heard both sides, and declared Rittenhouse not guilty on all charges.

During the not guilty verdict, Rittenhouse, in court, teared up and became emotional. Democrats largely reacted to the verdict with outrage, citing it as white supremacy.

This is a curious take on the matter, however. All individuals shot by Rittenhouse were white males, not people of color. Therefore, the narrative of the 18-year-old harboring white supremacist views doesn’t mesh with reality.

Republicans largely noted their support for Rittenhouse’s acquittal. The political right also remarked how the individuals shot by Rittenhouse were physically aggressive towards him; one of them even wielded a handgun and threatened to execute Rittenhouse.

At the end of the day, the jury spoke. Rittenhouse remains acquitted, cleared of all charges, and not guilty. Some individuals have opined the then-17-year-old should not have journeyed to Kenosha.

However, Rittenhouse’s decision to arrive in Kenosha during the riots didn’t give anyone a free pass to chase him down and threaten to end his life. Self-defense remains alive in America; that’s in spite of rioters, threats, and attempted mob rule.