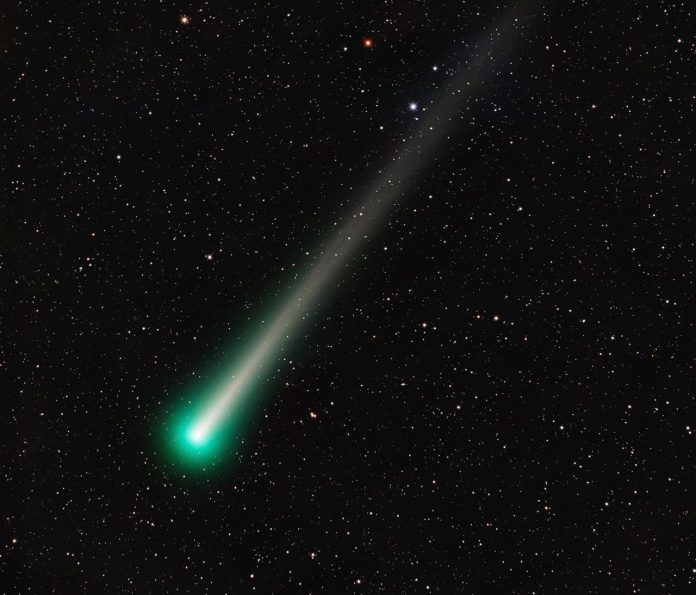 On January 21st at 6:45am a fireball appeared in the sky over Wisconsin. A large meteor alert was issued by the International Meteor Organization (IMO).

The IMO claims they received over 100 reports of the sky event. And that there were thousands of sightings reported in Wisconsin, Iowa, Illinois, Kansas, Michigan, Minnesota, Missouri and Nebraska.

The Wisconsin reports of a flaming object were mainly from the eastern part of the state. The fiery meteor received more attention because it appeared over densely populated areas and large cities like Chicago, and Milwaukee.

The event was captured by a rooftop camera at the University of Wisconsin-Madison.

Beautiful! Long-lasting #Meteor streaked across the sky @UWMadison this morning. This is from the rooftop of the @UW_AOS building around 6:48 am. pic.twitter.com/suC9SzI70z

UWM astronomy professor James Lattis claims since the fireball was moving in a southwesterly direction it was likely a meteoroid. Typically, space junk travels to the east.

Lattis said it’s common to see meteors in the early morning hours in this region. The Midwest faces forward in the earth’s orbit around the sun.

“It’s like looking out the windshield of your car,” he said. “You get more bugs on your windshield because that’s the direction you’re moving.”

Lattis also said that scientists will likely be able to calculate the speed, altitude, and exact direction of the meteor. And even its place of origin in the solar system.

“They’re almost always more related to the asteroid belt, these extremely bright ones,” he said. “It clearly was bright enough to collect a lot of attention.”

Lattis said half of all meteors streak across the sky during the day and three quarters fly over the ocean. This large meteor alert will not be the last. And he encourages everyone to keep looking at the stars.

“It’s just a matter of time. If you watch the sky long enough, you will see plenty of meteors and even some bright ones,” Lattis said. “It’s a reminder that we should all keep an eye on the great things happening in the sky.”