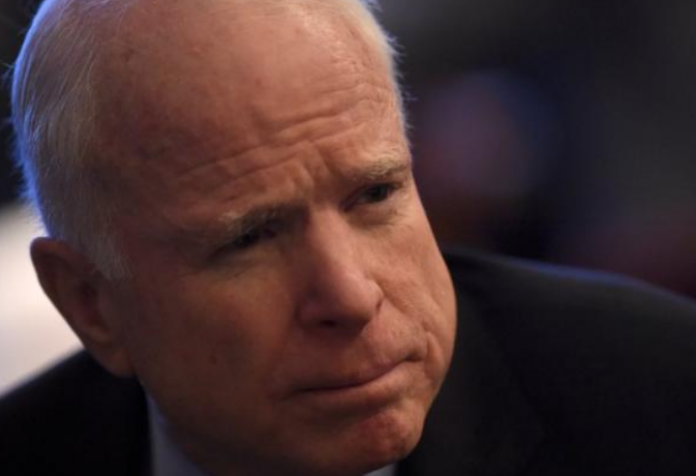 Following the passing of the Tax Cuts and Jobs Act, left wing Twitter users are now wishing ill upon Republican John McCain, as reported by The Daily Wire.

John McCain has the best healtcare. at Mayo Clinic which doesnt take insurance. Only money up front. McCain has taken away health insurance from his constituents and Americans giving himself the best cancer treatment. Consolation is it wont work, he will die in screaming agony

No death I can imagine would be painful or humiliating enough for what John McCain truly deserves.

But that’s who John McCain is — a spineless do nothing who says the good thing and then does the bad thing. He doesn’t give a fuck about people or this country. He’s a selfish old fuck who should be left to die. https://t.co/psgj8q2rxu

How Did Americans Respond to Tweet About John McCain?

Many people strongly criticized Twitter users who targeted John McCain. This is also readily apparent in the comments section of The Daily Wire’s report:

“There’s that peace, love, understanding and tolerance from the left that we all hear so much about.”

“He was their buddy not too long ago when he no voted Obamacare repeal. Quite a fickle bunch.”

“Lesson from this: Never try to appease to the left or any group for that matter.
Weeks ago they were praising McCain for “doing the right thing” in preventing the repeal of Obamacare. He even got an award for his appeal to the left. Today they’re wishing him death because he dared to vote for a tax bill that will probably benefit millions of Americans of all classes. I wouldn’t even want to be friends with such evil people.”

The Senator has yet to respond to his critics.