Home America Lindsey Graham on Government Shutdown: “The Goal is to Fix a Broken...
SHARE 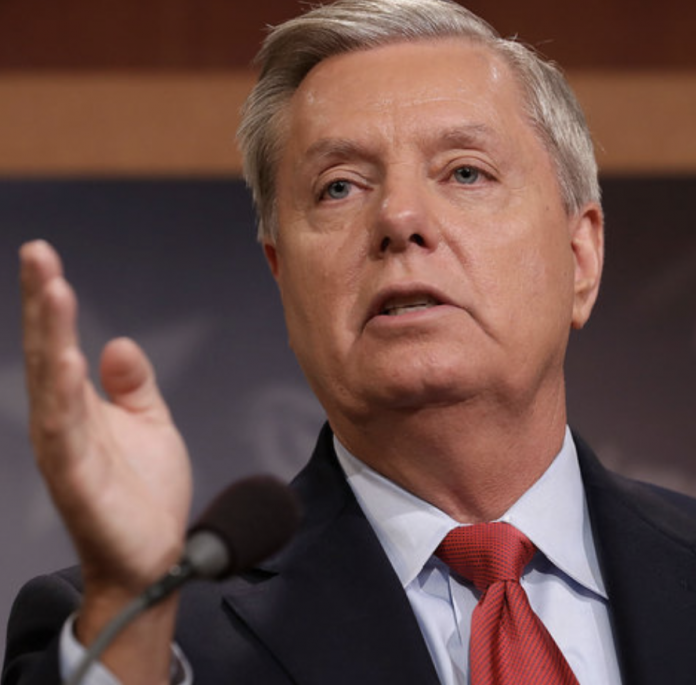 On Sunday, GOP Sen. Lindsey Graham weighed in on the government shutdown which is currently approaching its 17th day.

An Overview of Graham’s Remarks

During a CBS ‘Face The Nation’ interview, the Republican senator shared his thoughts on the real reasons behind the government shutdown. Moreover, Graham expressed views on what needs to happen before government can be reopened.

His statements read as follows:

“We’re negotiating with people who will accuse all of us who support a wall as part of border security as racists. As long as the radical left is in charge, we’re not going to get anywhere.”

Finally, the senator noted that while he does wish to reopen government, the ultimate goal is to repair the currently damaged immigration system.

Many critics of the government shutdown have noted the hundreds of thousands of federal workers who are going without pay.

As Graham noted during his press interview, the government shutdown ultimately boils down to immigration. President Trump has ongoingly maintained the need for proper border security; moreover, the president will not sign any legislation which fails to provide the necessary funding for the government.

Since Democrats assumed their majority in the House, they have drafted a series of bills to reopen the government. The only issue is that none of their legislation funds the president’s promised border wall. The Republican-controlled Senate is also siding with President Trump. Mitch McConnell has stated that the Senate will not consider any bills which the president himself would not sign.

In essence, this means that government will stay closed if Democrats continue putting forth legislation which lacks wall funding.

Monday, January 7, 2019, will mark the 17th day of the government shutdown. President Trump has also previously discussed declaring a national emergency to get the wall built if Democrats continue to stonewall him.