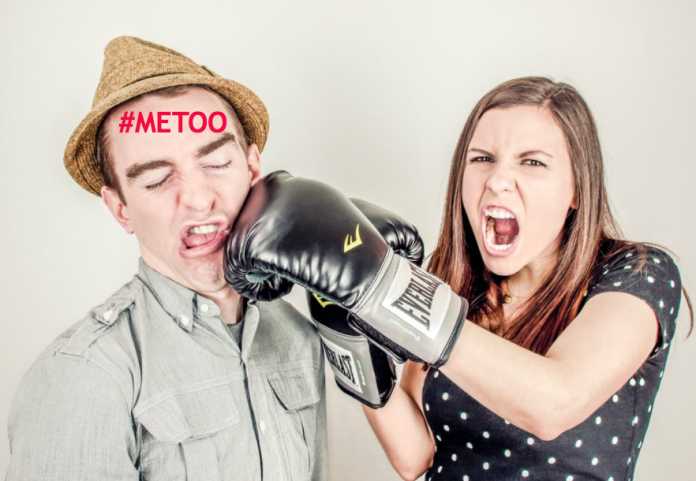 What has become of the legendary office romance? It seemed like a rite of passage when one grew up. Men and women working in the same place, spending lots of time with each other frequently produced romantic connections. It was only human to do so. Outside of one’s family – and sometimes not even that – people spend the majority of their time with the people they work with. It was hardly an unexpected phenomenon.

In today’s social justice world, where males are aggressive creatures of sexual perversion, it is occurring less. Sure, getting romantically involved with someone you work with was always probably a bad idea. Given the fact that most relationships do not last, there was always potential for drama. However, it still happened frequently.

Employers do not like that; they are funny like that. They want their companies to run as efficiently as possible. Bringing problems from one’s personal life affects that; doubly so if employees are dating. That being said, the warning was often ignored, and office romances blossomed (and most often eventually died). As such, the #MeToo movement has taken the office romance as collateral damage in its quest to prevent sexual harassment.

With #MeToo movement’s rise to prominence, it ushered in a new era (well a recycled era, actually). After allegations of sexual misconduct in the political and entertainment elitist realms, changes were needed. The subsequent over correction resulted in a national crackdown on harassment in the workplace. As a result, a recent survey on office romance says what once used to be no longer is. The office romance appears to be in a stage of decline.

According to CareerBuilder’s annual Valentine’s Day poll, data has shown that office romances have plummeted to a 10-year low. The most recent data reveals that only 36 percent of workers admitting to dating a co-worker. Incidentally, just last year, before the allegations of sexual abuse, 41 percent of co-workers had been romantically involved.

“Office romance is experiencing a dip, and whether it’s impacted by the current environment around sexual harassment or by workers not wanting to admit the truth, the fact remains that office romance has been around forever and will continue to be,” CareerBuilder’s Rosemary Haefner said in a press release. Interestingly, while the survey reveals hesitance is pursuing office relationships, the survey revealed 31 percent of office romances ended up in marriage.

Granted, this data could result from one of two things. First, of course, is the effect of the #MeToo movement has had. Men have become omnipotent in seeking romantic relationships with women in the workplace. The fear is that an unwelcome request for a date will result in their lives being substantially ruined. The other of course is that, as the press release said, people are not revealing their exact actions. Given today’s political climate, it is probably better that way.

Unfortunately, the #MeToo movement is also to blame; the original objective has changed. Let us be clear, sexual harassment, sexual advancements, and offers of sexual reciprocation for job advancement are all wrong. They fall under the ugly umbrella of things that should not occur anywhere, let alone in the workplace. However, asking a coworker on a date is not one of those things. This is where the MeToo movement has gone astray. This is where it has become toxic.

“The #MeToo movement is splashing cold water on whatever embers of romance are struggling to survive between men and women,” Dr. Carole Lieberman told Reuters.

CareerBuilder cites the budding focus on sexual harassment in the workplace. The focus has resulted in many men losing their jobs over such allegations.  However, this is also a problem. Claims do not necessarily equal guilt. This is the ugly truth people are afraid to admit.

The 1990s is when sexual harassment was first identified as a problem in our country. Men were losing their jobs because of sexual harassment claims. Evidence was not a requirement. A woman’s claim was sufficient. Most accusations received the benefit of the doubt. This is not to say sexual harassment did not occur, it did. However, it eventually morphed into an ugly monster.

We can agree that any unwanted sexual misconduct is wrong – regardless of where it occurs. Someone’s sexual pursuits should not make anyone uncomfortable. However, that is where it should stop. The MeToo movement and its predecessor in the 90s distorts that.

For example, in 1993, Jerold Mackenzie was terminated from his $95,000-a-year job after he told his female coworker about a joke from the television show, “Seinfeld.” Sharing a laugh with a coworker is not sexual harassment. It just isn’t. Arguing such delegitimizes actual cases of sexual harassment. Unfortunately, this is the route society went in the 1990s.

“One good aspect of the #MeToo movement might be an increased emphasis on communication when it comes to sex and romance,” said Liz Wolfe, managing editor of Young Voices. This is probably true. Communicating in the workforce is essential. It is also a necessity in relationships. It is especially important in times like these. What one person may find offensive, another person welcomes. Communicating hopefully goes a long way to resolve these issues on both sides.