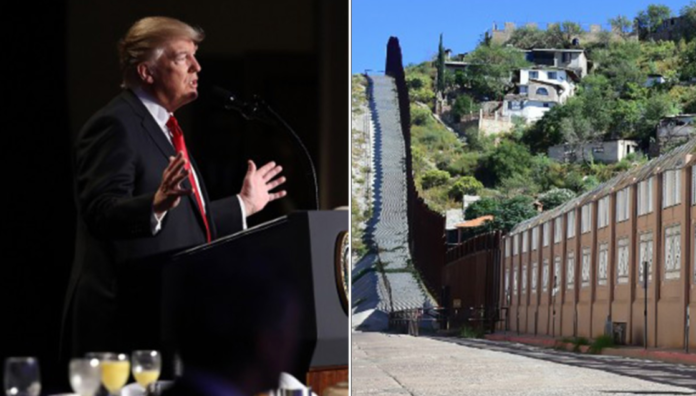 At the inception of President Trump’s campaign, he announced his decision to install a wall along the Southern border to halt illegal immigration. He also declared that Mexico will fund said wall.

Halting illegal immigration is paramount. First and foremost, criminal entry into this nation is a direct breach of U.S. law. In order to thrive as a nation, the enforcement of our customs is critical.

Earlier today, President Trump tweeted out the following message regarding Mexico paying for the border wall, as reported by The Hill:

“With Mexico being one of the highest crime Nations in the world, we must have THE WALL. Mexico will pay for it through reimbursement/other.”

The wall is an innately controversial subject. For starters, Democrats in favor of allowing illegal immigrants to pour into this nation are utterly opposed to building a wall. After all, how will the Left remain in power without the votes of ‘undocumented’ immigrants? Their base is rapidly declining and they know it.

Enrique Peña Nieto, President of Mexico, repeatedly stated that his country will not be funding the border wall. This assertion stark contrasts affirming that Mexico will, in fact, pay for the wall. However, as President Trump stated, there are many ways Mexico can fund the wall.

“What we’ll do here is go through the mechanism of getting the initial money that we need for that capital project from Congress through an appropriations process and we’ll responsibly construct a barrier on the border. As we work with the Mexicans and other policies and trade policies and such, we’ll determine ways for us to make that right.”

The Art Of The Deal

President Trump is a world class negotiator. He will get the wall built. Mexico will pay for the wall, one way or the other. Mexico may not write a check to America for X amount of dollars, however they will fund the wall one way or another.

Many of the President’s critics doubt his ability to get Mexico to pay for the wall. They claim he’s a con artist and a liar, but underestimating President Trump is very unwise. He has plenty of experience with building great monuments. The wall is necessary to end illegal immigration once and for all. If Mexico wants to do any business with America, they are going to have to pay for the wall one way or the other.