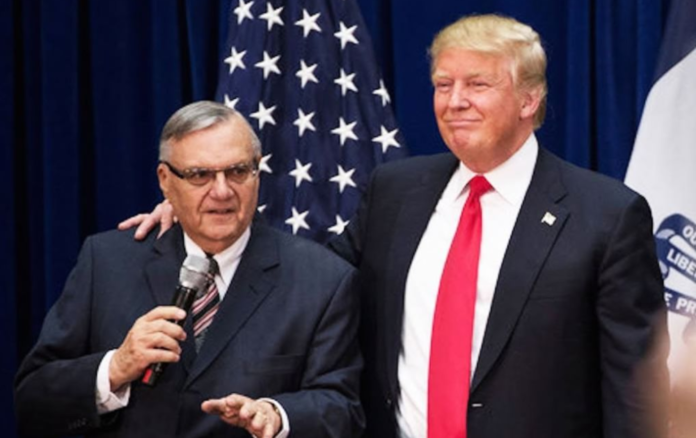 First and foremost, pardoning Arpaio helped him avoid serving any amount of prison time. At the behest of what many people consider to be a very liberal judge, Arpaio was found guilty of “criminal contempt.” However, a factor in this ruling was likely Arpaio’s aversion to illegal immigration. Despite whatever flaws or shortcomings Arpaio has, he is right to oppose criminal entry into this nation. Also, America is a nation of laws. This means if people want to come into this country, they must do so LEGALLY.

Moreover, the White House gave the following public statements about Arpaio and his career:

“Throughout his time as sheriff, Arpaio continued his life’s work of protecting the public from the scourges of crime and illegal immigration. Sheriff Joe Arpaio is now 85 years old, and after more than 50 years of admirable service to our nation, he is (a) worthy candidate for a Presidential pardon.”

Obviously, the President’s decision to pardon Arpaio engendered criticism. Democrats and leftists organizations claim Arpaio engaged in illegal tactics to intimidate Latino Americans. Quite frankly, such a declaration is debatable and heavily a matter of interpretation. Obviously, everyone should abide by the law, but if liberals consider working to remove illegal immigrants [even if they are Latino] from this nation as intimidation, then their claims lose a considerable amount of validity.

Moreover, critics of Arpaio have frequently accused him of racism due to his expressed skepticism of whether or not Obama was born in America. However, simply wondering about Obama’s origin of birth does not inherently make one a racist. Sadly, the term ‘racist’ is often thrown around anytime so called progressives disagree with someone or something.

At The End Of The Day

Whether one loves or hates Arpaio will not change his pardoning. He issued a thankful tweet to the President and expressed his willingness to help make America great again. Past events cannot be altered, but further occurrences can be determined by present choices.

Quite frankly, the liberal outrage over the pardoning of Joe Arpaio is meaningless. The Left complains about every move the President makes and calls anyone who isn’t a left wing, liberal, progressive Democrat racist. The word “racist” no longer carries any weight and liberals only have themselves to thank for that.