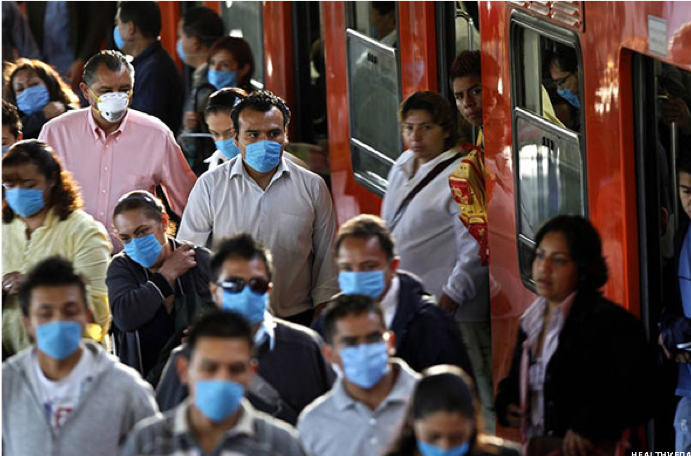 Billions of dollars are spent every year to provide life-saving assistance to people devastated by wars and natural disasters. High-quality data is essential in order to design, monitor and evaluate effective policies in these situations.

The coverage of mobile technology has been expanding, and by 2017, 65,9% of the global population were using mobile phones. The meta-data generated by mobile phones is currently being used to assist in the global fight against disasters, epidemics and climate change.

I spoke to Amit Sanyal, Executive Head for Consumer Value Solutions at Mahindra Comviva, to find out more about how mobile operators can help in such situations. Mahindra Comviva provides mobility solutions, and Sanyal has decade of experience in the telecom space.

Sanyal explained how call detail records (CDRs) contain location information that can be used to trace a subscriber’s movements with a reasonable degree of accuracy. An aggregate of individual CDRs yields patterns, trends, and spatial distribution of a large population. Combining CDR analysis with secondary data gives valuable insights on human mobility in the aftermath of epidemics, disasters, and climate change.

Sanyal mentions how mobile operators assisted during the widespread outbreak of Ebola in Liberia. More than 11,000 people died in this epidemic. When an epidemic occurs on such a massive scale, the authorities need information on the number of people affected in a region, as well as the outbreak pattern of the epidemic in neighboring regions. This helps them to react quickly and contain the epidemic.

In the outbreak in Liberia, the aggregated CDR data generated timely information on mobility patterns within the country, as well into neighboring countries, such as the Republic of Guinea and Sierra Leone. In the project, which ran for two months, Liberia’s main operators, Lonestar, Cellcom, and Novafone collected CDR data to reconstruct mobility patterns following the epidemic.

The project involved Liberia’s entire base of mobile subscribers. Phone numbers were replaced with a hash algorithm that generated random numbers to protect a subscriber’s privacy. CDR analysis of subscriber data provided details of migration from a specific town. It showed the volume of people entering a hazard zone, and their movements thereafter. The analysis also provided details of inbound and outbound migration with the neighboring countries.

Similarly, when Dengue broke out again Pakistan in 2013, the call data of 40 million Telenor Pakistan subscribers was used to understand its geographical spread and timing.

Sanyal says that forced migration is another area where CDR analysis can be used. It provides a solid base for policymakers, local administration, and scientific researchers to study and understand displacement. 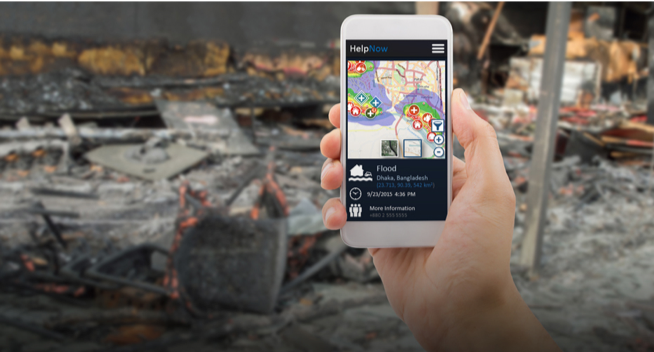 According to the United Nations High Commissioner for Refugees (UNHR), the number of displaced people is at its highest rate ever. Migrants often seek asylum in a foreign country to escape civil war or political persecution in their home country. In the period between 2015 and 2016, 2.3 million refugees and asylum seekers arrived in Europe, constituting the biggest ever influx of migrants into the continent since World War II.

Displaced people are the most vulnerable in the aftermath of a disaster or epidemic. Sanyal says that real-time insights on population movement can help to direct relief work more efficiently, and effectively. Following the 2015 Earthquake in Nepal, the data of 12 million NCell subscribers was used to obtain insights on national level population movement. The Insights and maps were made available to humanitarian organizations, helping them to streamline their aid and humanitarian efforts.

In 2017, millions of people suffered due to natural disasters caused by climate change. They were displaced by immediate disasters, like hurricanes, and slow-onset disasters, such as droughts and famines. A recent Climate Change Report in the U.S warns of “extreme climatic conditions” in the near future, which will lead to the displacement of masses of people.

This has already been happening in Bangladesh where rising sea levels have eroded acres of fertile coastal farmlands, leading to migration of people from rural to urban areas, and across borders into India. It is estimated that a one three-foot rise in sea level will lead to a displacement of more than 30 million people in the future.

Global organizations like the United Nations well understand the gravity of all these problems. The agenda of migrant’s wellbeing is firmly ensconced in the UN’s 2030 Sustainable Development Goals.

I asked Amit Sanyal what he believes are the key challenges in the use of CDR analysis.

The individual’s right to privacy is an issue that was raised during the Ebola epidemic. Unlike developed countries, where strong data protection laws exist, the individual’s right to data privacy is less protected in developing countries. Even if the subscriber’s unique number is hidden behind random numbers generated by a hash algorithm, it is easy to unmask a user’s identity. Serious security protocols need to be adopted when working with data, especially data collected from vulnerable populations under threat.

While an individual’s right to data privacy is important, CDR analysis with big data tools can provide valuable insights, helping to save many lives. A proper balance has to be struck between the right to privacy and freeing access to data.

To achieve this goal, a number of key players, including the GSMA (a trade body that represents the interest of mobile network operators worldwide) have come together to set standards for the usage of mobile phone data for humanitarian purposes

Data bias is another factor which could hamper relief and humanitarian aid to the most needy and vulnerable. For instance, in developing countries, a bias still exists in mobile phone ownership in favor of men.

Another issue is that many of the smaller operators lack the technology and tools to analyze the data from a subscriber’s mobile phone.

Sanyal is clear that merely having access to a vast amount of data is not enough. It is of no use unless actionable insights are extracted from it.

Collaboration also has to improve as a lack of partnerships for sharing of data and insights is another roadblock.  More efficiency is possible when data is opened up, and more collaboration occurs.