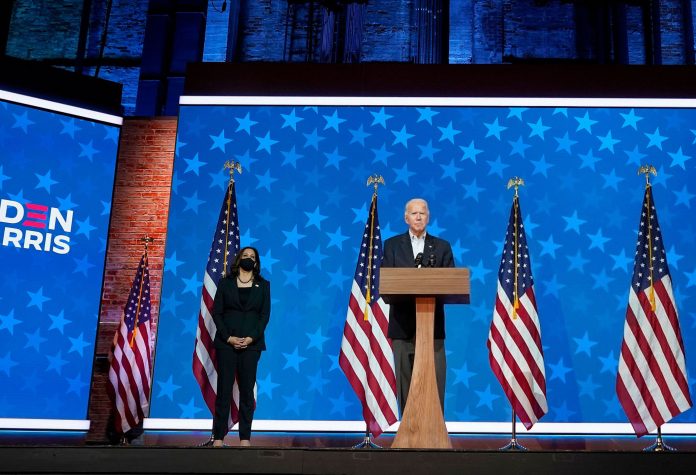 This upcoming Monday will mark a full eight months since President Biden has been in office. Over the course of this time, the Biden presidency’s been comprised of one disaster after the others. Things are getting worse, not better, with this president in power.

Very recently, Americans learned that the Biden administration’s supposed attack against ISIS-K members actually wound up killing civilians (including children), not members of ISIS-K. This news comes as Biden travels to his vacation home for the weekend while U.S. citizens are confined in a Taliban-controlled Afghanistan.

It’s becoming increasingly harder for anyone to pretend as if Biden is up for the job. Now, new data from McLaughlin & Associates shows that the majority of Americans aren’t expecting Biden to finish his current term as president.

Lack of confidence in Biden’s capabilities

There are too many troubling aspects of this president to rattle off in one session; however, as of late, Biden’s been heavily coughing while giving press conferences and speaking publicly. When the media inquired about this, the White House dismissed Biden’s coughing fits as no matter of concern.

Despite this, though, Americans are widely concerned about the current leadership in the White House. Per McLaughlin & Associates, 58% of voters see it as “likely” that Vice President Kamala Harris will take Biden’s place as president before his term expires. Even a whopping 52% of Democrat voters hold this view as well.

John McLaughlin, a pollster, also has some insight into why almost six in ten voters don’t think Biden will finish his present term. Ultimately, it boils down to the president’s presentation.

McLaughlin furthermore notes that Biden consistently looks feeble and weak; he doesn’t give the apperance of somone prepared to lead America for another 3.5 years. This view is amplified by the White House repeatedly turning off Biden’s mic to stop him from speaking with the press.

Amid this latest poll, disapproval of the current president continues to mount. Last week, Biden announced a nationwide COVID vaccine requirement for businesses; this is something that the GOP branded as unconstitutional.

The aforementioned mandate has already resulted in Arizona’s attorney general suing Biden. Likewise, other Republican governors and Republican attorney generals remain prepared to legally act against this president, if he follows through on his vaccine mandate. The same also applies for the Republican National Committee.

More Americans also disapprove of Biden than approve; for months, his approval ratings have fallen consistently. However, the mounting disapproval of Biden accelerated signficantly amid his failed pullout of American troops from Afghanistan.