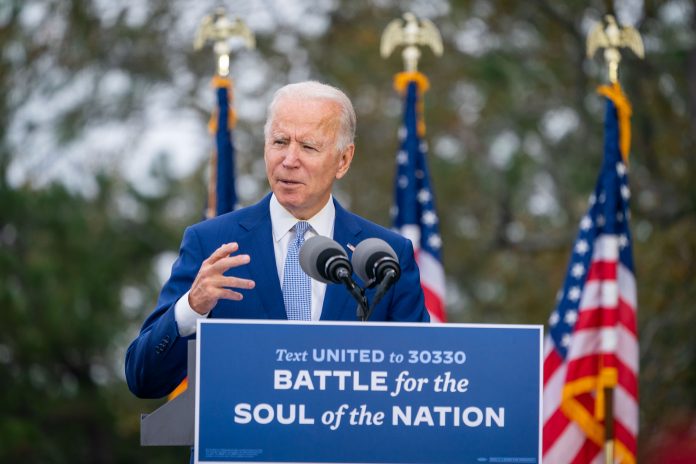 Since Biden’s tenure as president, he’s managed to earn a surging level of disapproval amongst the American people. On one issue after the other, this president has mucked things up, forcing the United States to face one crisis after the next.

Now, Biden wants to take things a step further. It wasn’t enough for this president to destroy energy independence, overrun the southern border with illegal immigrants, or even attempt to force through a countrywide COVID vaccine mandate that will never stand up in court.

Presently, the Biden administration wants the Internal Revenue Service to access the information of virtually every single banking and financial account in the name of American citizens.

Putting the IRS into the banking lives of Americans

The president’s goal is to have banks and other financial institutions alert the IRS of the details of accounts that either have $600+ transactions collectively or sums of money amounting to $600.

This is not something Biden has the power to do via executive order; therefore, he’s putting pressure on Congress to make it happen. However, it’s worth pointing out, thus far, the Democrat-led Congress has not included this proposal from Biden into their tax plans.

Therefore, it stands to reason some Democrat lawmakers aren’t wholly on board with Biden’s aims in this regard; this is a real possibility even if Democrats aren’t shouting it from the rooftops. Permitting the IRS access to accounts with funds or transactions of $600+ is no joke; Americans of all political affiliations and walks of life would feel the impacts.

Many conservatives are already blasting Biden for this. Right-wingers allege this violates Americans’ right to privacy and furthermore constitutes another attempted power grab from the current White House.

Why does Biden want to do this?

The president’s interest in the aforementioned proposal ultimately boils down to more funding for his wasteful government spending programs. Biden believes if his IRS proposal became law, the agency would gather hundreds of billions of dollars within a decade.

With that said, there are no signs of Biden’s proposal happening anytime soon. However, Americans should not grow complacent. This currently shows the extent to which Biden will toss aside individual rights for more government control.