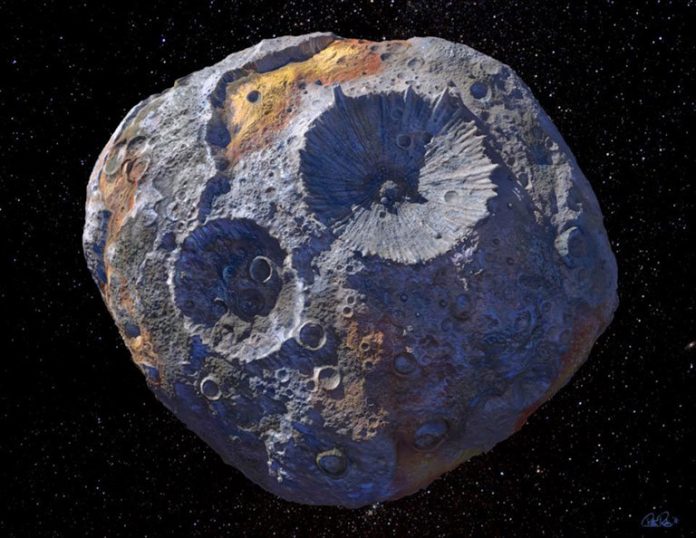 The National Aeronautics and Space Administration (NASA) is planning a close encounter with a very unique asteroid that may be worth $10,000 quadrillion (£7,700 quadrillion).

If you’re wondering, one quadrillion is equivalent to 1,000 trillion.

A potato-shaped asteroid, with the unlikely name of 16 Psyche, might be worth more than all of Earth’s global economy, which is worth an estimated $360.6 trillion in 2019.

The asteroid was named after Psyche, from the classic Roman mythology. Psyche married Cupid but was put to death by Venus at Cupid’s request to save his love. Jupiter made Psyche immortal.

The asteroid’s name is appropriate since 16 Psyche is really a “dead” star that is still in orbit. For all practical purposes, it may be immortal.

The value of 16 Psyche is in its composition

Most asteroids are composed of rock and/or ice. But based on a series of recent scans conducted with the Hubble Space Telescope, asteroid 16 Psyche is thought to consist of nickel and iron. The value is based on the volume of just the iron ore in 16 Psyche. There is no way to evaluate the amount of nickel that’s in the mix.