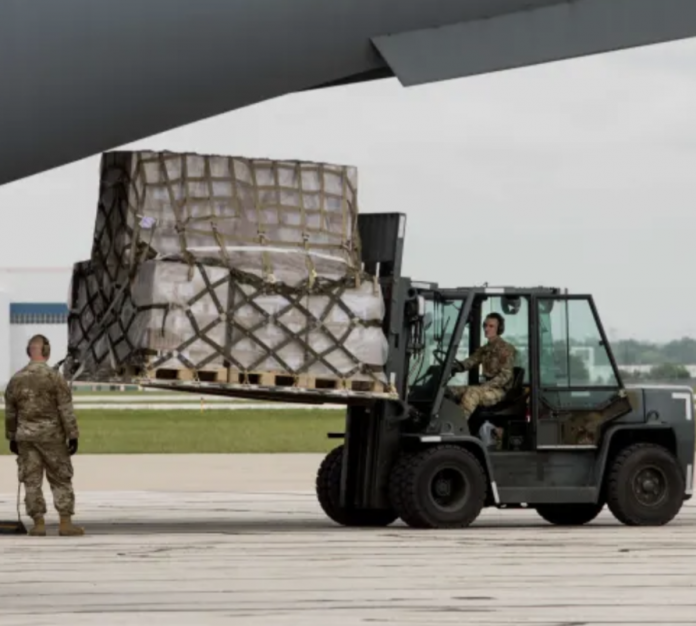 One of the most pervasive problems in the United States has been baby formula shortages. Parents have been continually put through the wringer as they try to find this critical food supply that their infants depend upon.

In some of the worst-case scenarios, babies have been hospitalized and put on IVs, due to scarcity of formula. This naturally put parents on edge; some have even resorted to driving for hours on end just to find even one container of formula.

To say these shortages are causing problems doesn’t even begin to do the crisis justice.

However, it appears as though relief for both parents and infants has finally arrived. On Sunday, infant formula from Europe arrived in the United States.

What to know about the latest baby formula shipments

The arrival of baby formula from Europe falls under the category of a short-term solution. Amid the arrival of these shipments, parents can subsequently expect formula on store shelves within the next several days.

However, long-term solutions to baby formula shortages in America will demand a greater supply of formula providers. The general principle here is not to put all eggs into one basket.

This way, even if Abbott Nutrition does end up having more issues in the future, it won’t have a ripple effect that engenders mass shortages.

An update on Abbott Nutrition

A reopening of the plant could transpire during the upcoming week. However, even once Sturgis receives the green light to continue operations, about eight weeks’ time will pass before Abbott Nutrition can deliver its formula to stores.

These latest shipments from Europe can thankfully help to tide infants over in the meantime.

On Sunday, many parents expressed relief upon learning about the latest arrivals of baby formula in the United States. Infants will certainly reap the benefits of renewed access to this vital supply of food.