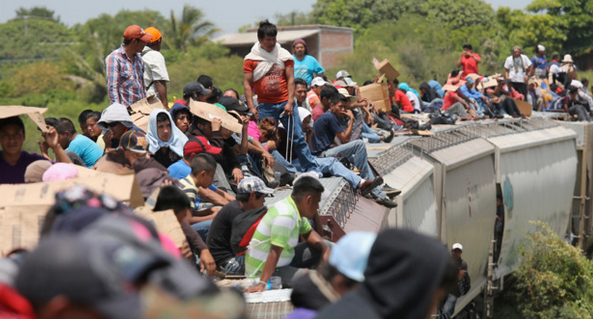 Many Americans may be shocked to learn that a cellphone ringtone has been created to halt the arrest and deportation of illegal immigrants. The ringtone was produced by a Chicago hotel and restaurant workers union. The ringtone notifies these illegal aliens of their “right” to remain silent and request an attorney if they are taken into custody by immigration agents. The organizing director is Angel Castillo who apparently values the livelihood of criminals over law enforcement officers who are merely doing their jobs and enforcing the rules of this country. This ringtone is disgraceful and should be swiftly outlawed for obstruction of justice. No matter what sob story is given, the bottom line is that illegal immigrants are breaching laws by sneaking into America.

The ringtone comes with a Spanish jingle, which says the following: “If immigration comes to arrest you, keep calm. You have the right not to sign anything and not to say anything. You have the right to remain silent, also the right to ask for an attorney.” This unfortunate new development begs to question why inner cities like Chicago continue to pander to illegal immigrants when they are knowingly and flagrantly breaking American laws. It may not be politically correct to say so, but illegal immigrants deserve to be arrested and immediately deported. It makes absolutely no sense to emigrate to a country and then immediately break the law.

The purpose in emigrating should be to seek opportunity and create a better life for oneself. One could argue that illegal immigrants are embarking on this course of action by sneaking into the country and keeping their heads down, but that is not how it works in America. Immigrants must either follow our rules or get out.

Cities like Chicago which continue to create technology and other tactics to evade ICE are aiding and abetting criminals by definition. There needs to be some kind of serious action taken against these people. Not only are they aiding and abetting, but they are also obstructing justice by making it more difficult for law enforcement officers to do their jobs. Perhaps Chicago leaders would benefit more from working to lower their crime rates as opposed to enabling criminals and helping them remain in this country. Conservatives and libertarians should collaborate and create technology that helps ICE track illegal immigrants more easily. Angel Castillo should be ashamed of himself for intentionally providing aid to people who do not deserve it. Immigrants must follow this country’s laws just like everyone else.

Despite the misfortune of the new Chicago ringtone, there may be some light at the end of the tunnel. Since law enforcement officers are now aware of the technology, perhaps they can discover ways to circumvent the ringtone or otherwise render it ineffective. People who work to undermine ICE will inevitably be on the wrong side of history. There is nothing inherently wrong with immigration, but illegal immigration is a cancer on American soil and must be immediately ended. Countless studies have proven the massive flaws of this malpractice and yet people still persist. The good news is this: the Chicago ringtone will not prevent the arrest of illegal immigrants and it will also not stop them from being deported as a result of breaking the law.