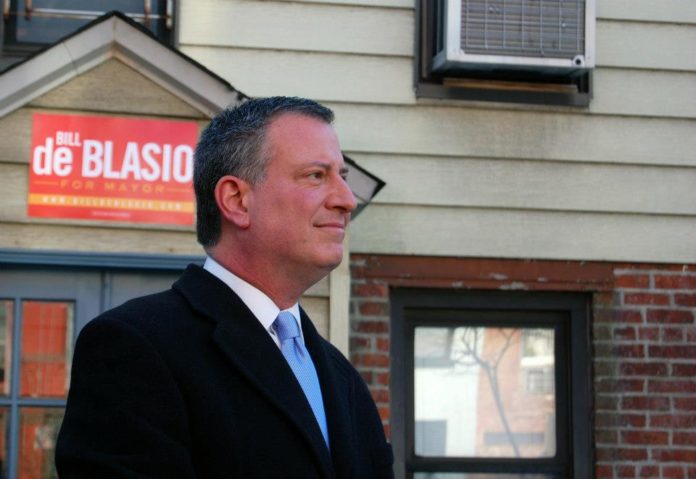 Starting on January 1 next year, NYC birth certificates will show a non-binary “X” category in addition to the “male” and “female” designations.

In a statement on Tuesday, de Blasio said, “New Yorkers should be free to tell their government who they are, not the other way around.” He added, “This new legislation will empower all New Yorkers—especially our transgender and gender-non-binary residents—to have birth certificated that better reflect their identity.”

Furthermore, the NYC mayor emphasized that the legislation extends the city’s commitment to defending the rights of the LGBTQ community.

On the other hand, New York City Council Speaker Corey Johnson, said, “Today is a landmark day for our city. New York is sending a clear message to people who are transgender, gender non-conforming and non-binary that we are here for you.”

Meanwhile, NYC Unity Project Director Ashe McGovern, commented, “This legislation is a historic and vital step forward for our city and country. As a non-binary trans person, I intimately understand the discrimination our communities face as a result of mismatched or inaccurate identity documents. With this move, the Mayor is signaling clearly that New York City sees us, hears us, and deeply supports our fundamental right to self-determination.”

New York City joins a list of jurisdictions across the United States and the world in adding a third “X” gender option to official government documents.

Canada, Germany, New Zealand and Pakistan are among countries that included a gender neutral option.