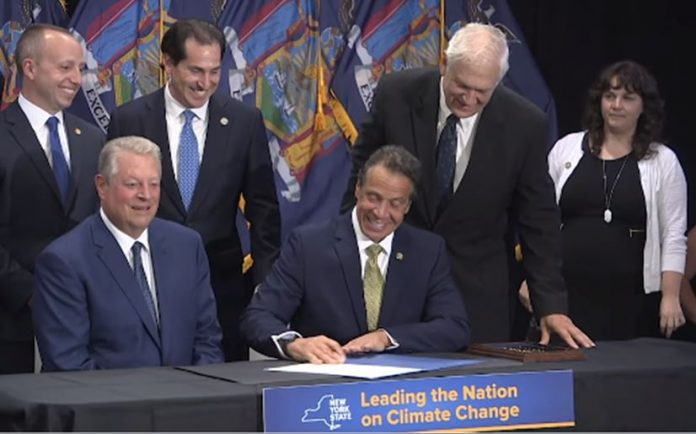 The deal is part of his administration’s commitment to help combat climate change by shifting New York State’s energy sources from greenhouse gas emitting fossil fuels to renewable resources such as offshore wind. The state’s clean energy goals include 9,000 megawatts of offshore wind by 2035.

Both projects can generate a total of 1,700 megawatts of electricity, enough to power more than one million homes in the state of New York.

Additionally, the projects will create more than 1,600 jobs and will contribute $3.2 billion in economic activity.

In a statement, Gov. Cuomo said, “The environment and climate change are the most critically important policy priorities we face. They literally will determine the future – or the lack thereof. Even in today’s chaos of political pandering and hyperbole there are still facts, data and evidence – and climate change is an undeniable scientific fact. But cries for a new green movement are hollow political rhetoric if not combined with aggressive goals and a realistic plan on how to achieve them. With this agreement, New York will lead the way in developing the largest source of offshore wind power in the nation.”

The Governor’s office estimated that more than 10,000 jobs will be added to New York State’s economy once it achieves its renewable energy goal of 9,000 megawatts.

The Governor’s administration is partnering with the private sector to support workforce development. It will establish a New York State Advisory Council on Offshore Wind Economic and Workforce Development, an Offshore Wind Training Institute (OWTI), and a Community and Workforce Benefits Fund (CWB Fund).