Under A.763/S.1414-A, it is illegal to manufacture, sell, transport and possess firearms that cannot be detected by x-ray machines and metal detectors.

The legislation expands on the package of comprehensive gun safety measures passed by the legislature and signed into law by Gov. Andrew Cuomo. The new laws:

In a statement, New York Assembly Speaker Carl Heastie, said, “As rates of gun violence increase across the country, New York continues to lead the way in prevention by passing common sense gun safety legislation. This bill demonstrates our commitment to keeping our kids and communities safe through thoughtful and comprehensive legislation.”

Assembly member Tom Abinanti, the sponsor of A.763, commented, “Our gun laws must be updated to take into account the ever-evolving capabilities of the digital age. Today’s technologies permit anyone to make component parts for firearms with materials that cannot detected by traditional security machines. My legislation would help protect New Yorkers against those who would bring guns to areas where they are prohibited for no good purpose.” 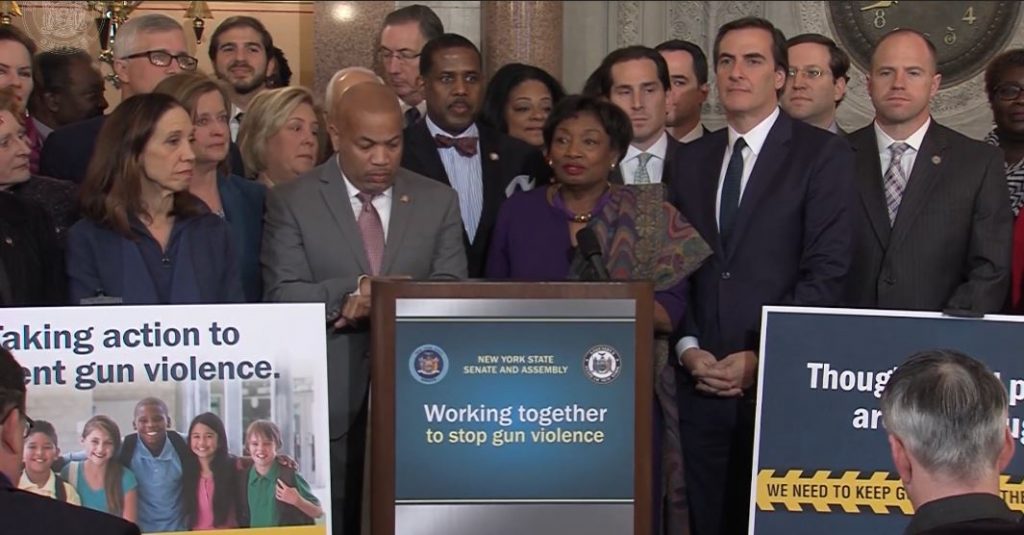 On the other hand, Senate Majority Leader Andrea Stewart-Cousins, “Our country is under assault from gun violence, and there is a flood of firearms hitting our streets. Banning undetectable guns should be a non-controversial priority for all elected officials, yet it took the new Senate Democratic Majority to finally bring this legislation to the floor for a vote.”

State Sen. Kevin Parker, the sponsor of S.1414-A commented that it is their duty to “do everything in their power to protect New Yorkers from gun violence.” He added that his legislation will “hold gun manufacturers accountable for knowingly producing undetectable firearms.”