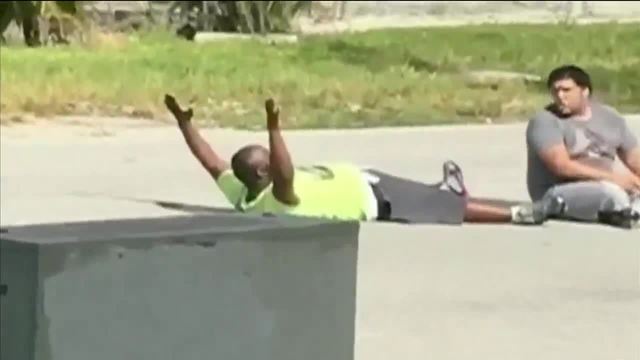 In 2016, a 27-year-old autistic man sat in the middle of the road with a toy truck. Police surrounded him with their guns drawn. A behavioral therapist, Charles Kinsley, went outside, unarmed, to try and keep the young man from being shot. Despite being unarmed, Kinsley was shot in the leg. The shooting caused a massive uproar. In an interesting turn of events from this incident, North Miami Police Commander Emile Hollant filed a federal lawsuit against the North Miami city government, the police department, and other named individuals. Hollant alleges that he was the victim of slander, racism, and that his constitutional rights were violated.

In the federal complaint, Hollant alleges that the city of North Miami falsely accused him of making misleading statements about the incident to investigators tasked with determining whether Hollant committed a crime. On July 22, 2016, North Miami Councilman Scott Galvin publicly stated that Hollant was “betraying the badge.”

The alleged misleading statements involved Hollant’s whereabouts at the time that shots were fired. Hollant’s federal lawsuit accused Officer Jonathon Aledda of firing the shots and that Hollant was near his police car to retrieve a pair of binoculars so that he could see what was in the hands of the autistic man. Hollant’s federal complaint stated that he was made aware of the gunfire because of a radio call that alerted him to “shots fired.”

While Emile Hollant was ultimately cleared of any criminal wrongdoing by the State Attorney General, he was placed on administrative leave without pay and the city stated Hollant would be fired because he lied about where he was at the time of the shooting. Hollant is seeking $10 million in damages.