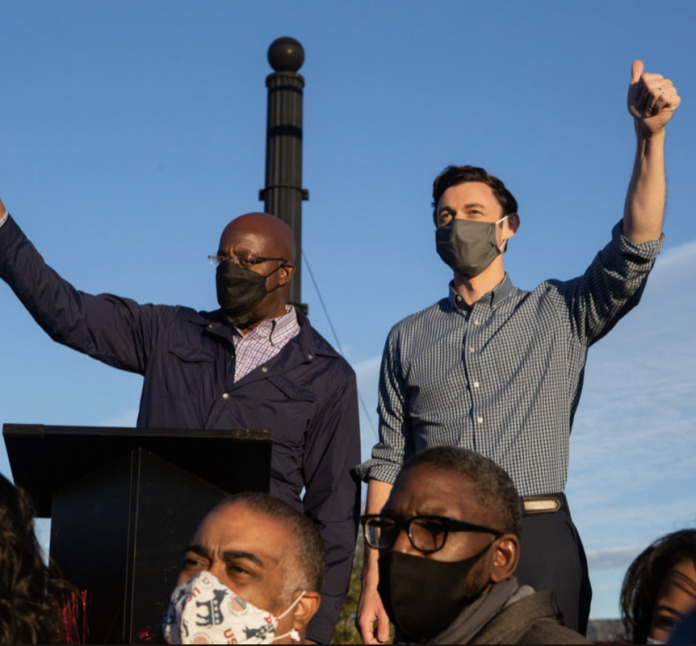 When it comes to ensuring that the Senate stays under a GOP majority, the Republican Party means business. Right now, incumbent and conservative Sens. Kelly Loeffler and David Perdue are running against two Democrats seeking to unseat them.

Jon Ossoff and Raphel Warnock, the Democrats in question, are therefore taking countless hits from the GOP. Should Ossoff and Warnock defeat Perdue and Loeffler, Republicans will lose majority control of the Senate; such a loss would give Democrats control of the White House, House of Representatives, and Senate at the same time.

No one attacked the Black church. We simply exposed your record in your own words.

Instead of playing the victim, start answering simple questions about what you’ve said and who you’ve associated yourself with.

According to recent polls, however, Ossoff and Warnock are a few points behind their GOP rivals. The campaigning efforts from both Republican senators have played a role in this, as has criticism from the GOP.

The NRSC vs. Jon Ossoff and Raphael Warnock

Like Perdue and Loeffler, the NRSC has repeatedly held Ossoff and Warnock to task on their policies and talking points. Last week, NRSC communications director Jesse Hunt issued a warning about both Georgia Democrats.

Hunt explained that while Ossoff is a “trust fund socialist,” his fellow Democrat Warnock is a “radical’s radical.” The NRSC communications director, during an interview with Breitbart News, also stated that both Ossoff and Warnock have a radical leftist agenda they seek to force upon Georgians and the rest of America.

“You are the last line of defense in the U.S. Senate. Get out there between now and January 5. Vote EARLY. Do not squander this opportunity.” – @DonaldJTrumpJr #GASen #gapol pic.twitter.com/KRZjauSd5y

When Hunt moved to Warnock, he suffered from no shortage of material. Not only is Warnock supported by Defund the Police individuals, but the Georgia Democrat has also denounced police officers as “gangsters” and “thugs.”

Hunt warned that Warnock is furthermore one of the “most extreme figures” to seek public office. Additional points of controversy for Warnock involve lauding Jeremiah Wright, praising Fidel Castro, and stating that it’s not possible to serve the military and God at the same time.

To this very day, Warnock has not denounced Marxism, socialism, or communism. When Sen. Loeffler asked him to do so during their debate earlier this month, Warnock declined.