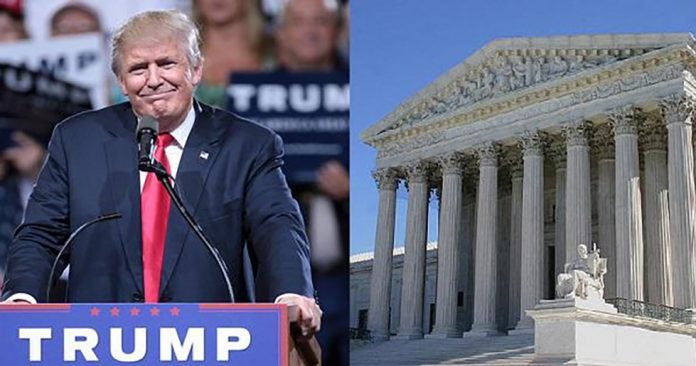 President Donald Trump’s campaign filed another motion with the Supreme Court to change the results of the 2020 presidential election.

“This petition … has national importance, and there is a strong likelihood that the State Supreme Court decision violates the Federal Constitution,” the statement, signed by Rudy Giuliani, former New York City Mayor and President Trump’s personal attorney said.

The petition asked for remedies that included “including vacating the appointment of electors committed to Joseph Biden and allowing the Pennsylvania General Assembly to select their replacements.”

The decisions in Pennsylvania involved signatures on mail-in and absentee ballots and the alleged inability of the campaign to watch the vote counting at the Philadelphia Convention Center.

Those decisions “likely changed the result in Pennsylvania and, potentially, the outcome of the overall Presidential election,” the statement said.