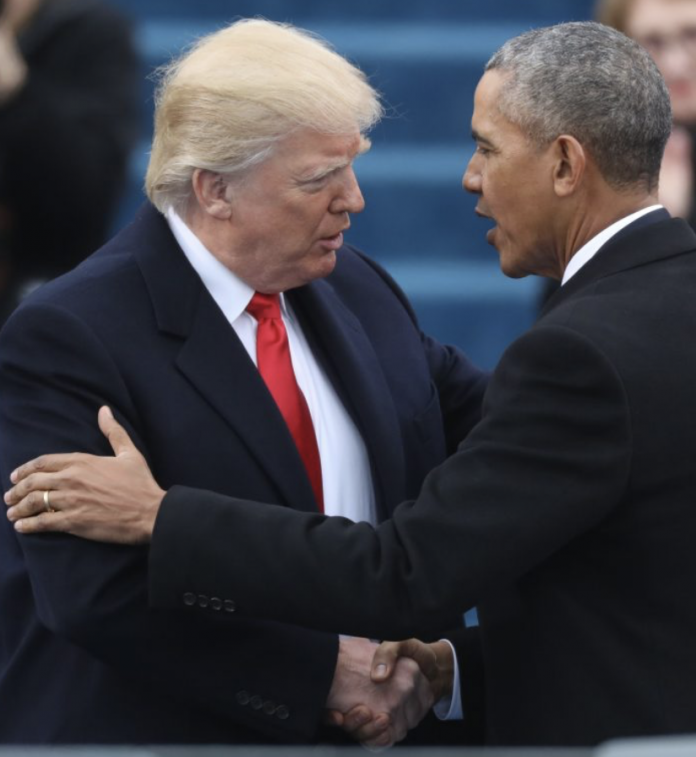 The 44th president spoke at Morehouse College. During his time on campus, he shared the following remarks regarding the current commander-in-chief:

“[They are] trying to scare you with all sorts of bogeymen, trying to scare you with all kinds of divisive issues. [There’s been] incessant, nonstop attempts to divide us with rhetoric that is designed to make us angry and make us fearful. [This is to] pit us against one another, to try to make us believe that things would be better if it just weren’t for those who don’t look like us, or don’t pray for us, or don’t love like us.”

Obama also stated that President Trump is engaging in a “political stunt.” The former president slammed his successor for supposedly seeing “some impoverished refugees a thousand miles away” as “the biggest threat to America.”

Obama’s remarks come on the heel of the upcoming midterm elections. Like other established figures in his party, Obama has campaigned for various Democrat candidates. His criticism of Trump comes after the latter sent troops to the Southern border to manage the approaching caravan of migrants.

The approaching migrant caravan only serves to deepen the political discord regarding immigration. Different Americans have various ideas on how the U.S. government ought to manage the migrants who hope to gain entry.

President Trump has stated that migrants which comprise the coming caravan must properly apply for citizenship. Many individuals on the left have opined that the caravan is deserving of automatic entry into America and/or U.S. citizenship.

Over the past few weeks, the president has shared his thoughts about immigration. Like many on the right, Trump believes that Democrats are in favor of the caravan entering the United States for political reasons. A segment of conservatives furthermore maintains that Democrats regularly benefit from the votes of illegal immigrants. Democrats, however, have denied claims of politically benefiting from unlawful votes.

Finally, readers of The Hill shared their thoughts regarding Obama’s statements, the approaching migrant caravan, and immigration:

“Obama brought illegals to the U.S.”

“It’s nice to hear the voice of reason and integrity again.”

“The caravan is estimated to be only 1500 migrants by the time it reaches the US.”