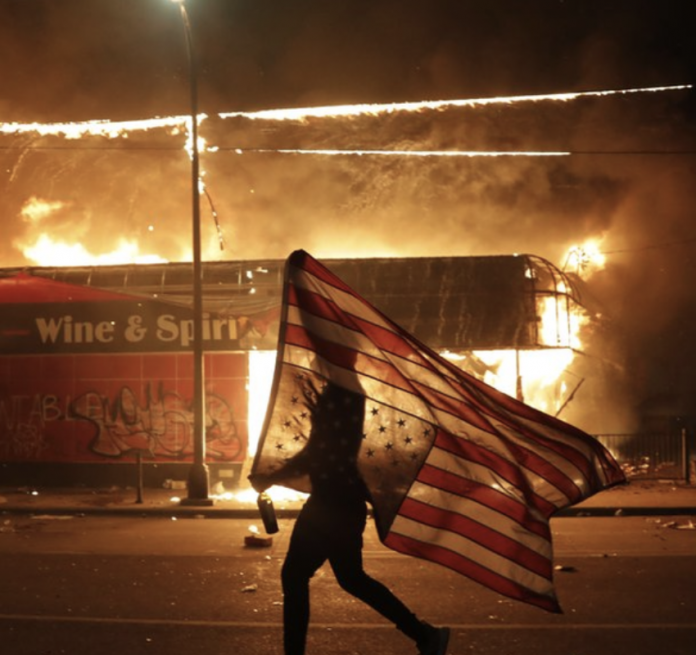 Over the past several nights in America, there has been unspeakable behavior on the streets of this country. Riots, vandalism, looting, and the burning of police cars, buildings, businesses, and more have taken place. Furthermore, rioters have attacked not only brick and mortar, but also other human beings.

People who choose to engage in violence, arson, and other destructive behaviors call themselves doing so in the name of George Floyd. As virtually everyone in the states knows, a police officer unjustly murdered Floyd on Monday by kneeling on his neck, obstructing his ability to breathe, and ignoring his pleas.

Since this event, the police officer has face arrest and criminal charges. However, rioters, looters, and destructive individuals have still chosen to take to the streets and quite literally burn cities down. This will not bring back George Floyd and moreover, there is absolutely no defense for the riots America has witnessed.

When riots first began, many Democrats outrightly excused them. They alleged that “systemic racism” and additional perceived wrongs justified the looting and burning of businesses and other places like police precincts, city halls, etc. This is morbidly laughable. Setting cities ablaze is not only criminal and destructive, but it also places countless other innocent lives in danger.