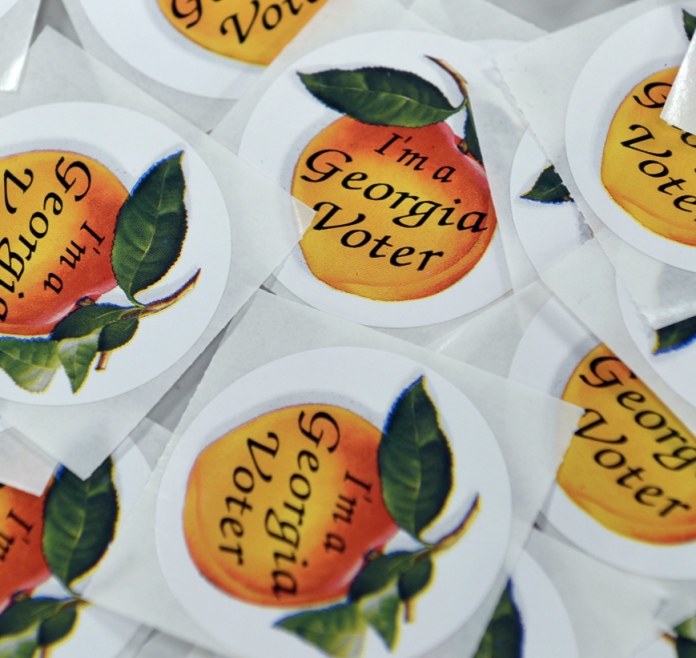 Two weeks have come and gone since Election Day 2020. Since this point, the nation has learned about innumerable instances of voter fraud and irregularities happening in multiple states.

The existence of voting irregularities and fraud is something that Democrats can no longer credibly deny. In Antrim County, Michigan, thousands of votes for President Trump wrongly wound up in the Biden column; only after the correction of the “glitch” were the president’s votes rightfully put back in his column, causing him to win Antrim County.

This is exactly why we supported calls for an audit and hand recount, to ensure all legally cast ballots are counted. #gapol https://t.co/jKvsVi8CVu

Across the nation, there are reports of backdated ballots, poll watchers being physically kept away from the counting of votes, and much more. This is why the Trump campaign is not ceasing litigation, no matter how loudly Democrats declare Joe Biden as “president-elect.”

Just earlier today, news broke that Georgia’s election audit found thousands of Fayette County votes that did not get uploaded. This information arrives one day after the Georgia recount found 2,600 uncounted votes in Floyd County.

The brokenness of Georgia’s method for counting ballots/votes

More uncounted votes discovered during the hand count in Fayette County, mostly for @realDonaldTrump. Apparently a memory card was not uploaded. Unclear whether this is the same type of error discovered yesterday in Floyd County or a new one.

If there’s one thing the 2020 presidential race has shown, it’s the extent to which negligence and fraud have tainted this election.

Only a handful of states are currently doing recounts and audits at this time; if thousands of uncounted and un-uploaded votes are being found in two Georgia counties, what’s to say there aren’t thousands of other unaccounted-for votes in other counties or states? At this point, each and every state should recount and audit their votes to ensure the counting and inclusion of every legal ballot.

Why this brokenness is so problematic

Georgia is home to two runoff races that will take place in January. Right now, Georgia GOP Sens. Kelly Loeffler and David Perdue are running against Democrats Raphael Warnock and Jon Ossoff. In order for the Senate to remain under majority control, Loeffler and Perdue must win their races.

.@ReverendWarnock would be a senator for liberal donors in California and New York — not the people of Georgia.

We MUST hold the line and deliver a big win on January 5th to save our majority. https://t.co/6XmDP2SIOU #gapol #gasen

Already, both runoffs are shaping up to be tight races. This is all the more reason why the counting of every single legal vote is imperative. Thousands of uncounted votes in these runoffs could determine whether or not the Senate become tied or controlled by Democrats.

Georgia has to do better. What they are doing now is clearly not working. One can only hope that officials overseeing vote counts get their act together in time for the runoffs. America cannot afford a situation where Democrats control both the House and the Senate.