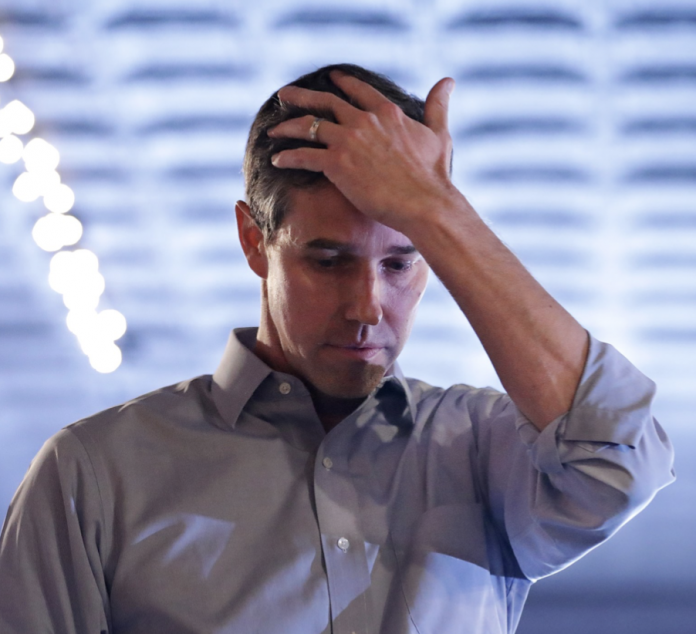 Appropriate reforms which pertain to guns and immigration are matters which Republicans and Democrats remain deeply divided on. With that being said, there are some pretty well-established facts as they pertain to the positions which both parties have on these issues.

Republicans are likelier to value the Second Amendment and believe that individuals coming to America should do so legally. By contrast, Democrats tend to lean towards restricting Americans’ access to guns and taking a more relaxed attitude towards illegal immigration. Of course, both parties have their own notions of why they’re right and the other side is wrong.

As the 2020 presidential election plays out, Democrats are campaigning on the policies which they believe in. In the case of 2020 candidate Beto O’Rourke, he’s all in favor of forcing Americans to turn over their guns to the goverment; the 2020 Democrat furthermore supports a lax manner of dealing with individuals who unlawfully enter the nation.

Beto O’Rourke may favor gun grabs and illegal immigration, but many Americans take issue with these policies. Yesterday, O’Rourke spent time in Arizona to rally with voters at a town hall; during this event, an unnamed attendee called out O’Rourke for his stance on guns and immigration.

The woman first began by censuring O’Rourke for his infamous one-liner which states, “hell yes, we’re gonna take your AR-15, your AK-47!”

A woman told me undocumented immigrants are a "slap in the face" to "legal immigrants."

I told her it's a slap in the face to lock kids in cages.

Immigrants pose no threat to her. And we need to call people out for saying they do. pic.twitter.com/cpnE9PGBvF

She then moved to call out O’Rourke stance on immigration. The woman stated that O’Rourke “panders” to illegal immigrants and that offering handouts to criminals who sneak across the border does a disservice to legal immigrants.

Immigration to the United States of America

Democrats have repeatedly taken heat for their positions on immigration. During the 2016 presidential election, immigration served as a critical topic during Trump’s campaign. The then-future president vowed to build a wall at the Southern border in order to stop illegal immigration.

At this time, Trump’s promised wall is currently under construction.