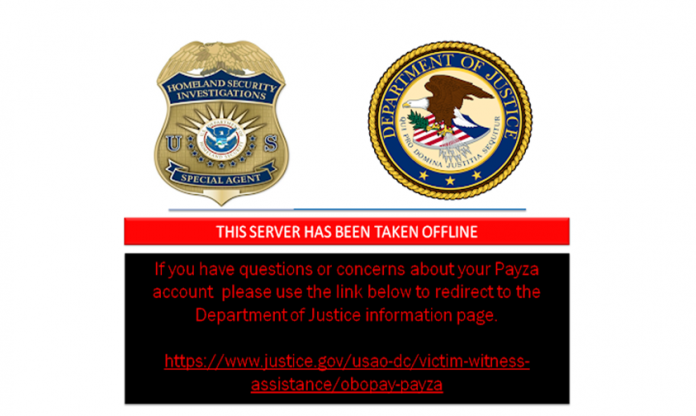 MH Pillars (doing business as Payza) founders, Canadian brothers Firoz and Ferhan Patel are going to spend time in prison for quite some time for committing financial crimes.

Payza was an international payment processor that allows consumers to send and receive funds using bitcoin. It was also the operator of AlertPay.com and Egopay.com.

Prosecutors alleged that the defendants processed over $250 million in transactions including money associated with crimes.

In July, the Payza founders pleaded guilty to conspiracy to commit crimes against the United States by operating an unlicensed money transmitting business and by laundering monetary instruments.

The judge also ordered the defendants to forfeit the more than $4.5 million seized by the United States.  They are prohibited from operating the websites, Payza.com and AlertPay.com.

Payza and its founders committed a serious criminal offense

In a statement, Acting U.S. Attorney Robert R. Sherwin said, “Operating unlicensed money transmitting business that launders the transactions of other crimes and frauds is a serious criminal offense.  Without the money laundering, the frauds run by Payza’s customers could not have been completed.”

“These convictions will remind criminals that the United States will do everything within its power to take the profit out of crime and convict those who enable fraud.”

The defendants operated a money transmitting business without required state licenses. They also engaged in money-laundering on behalf of customers engaged in Ponzi schemes, pyramid schemes, and other criminal enterprises.

They continued the illegal activities even after they received cease and desist letters from State regulators and being advised by a consultant that continuing to operate without the necessary licenses was a crime.

Firoz Patel admitted that when AlertPay received repeated warnings from states about its unlicensed status, they transitioned into Payza. Firoz was also indicted in Tennessee for laundering narcotics proceeds through AlertPay.