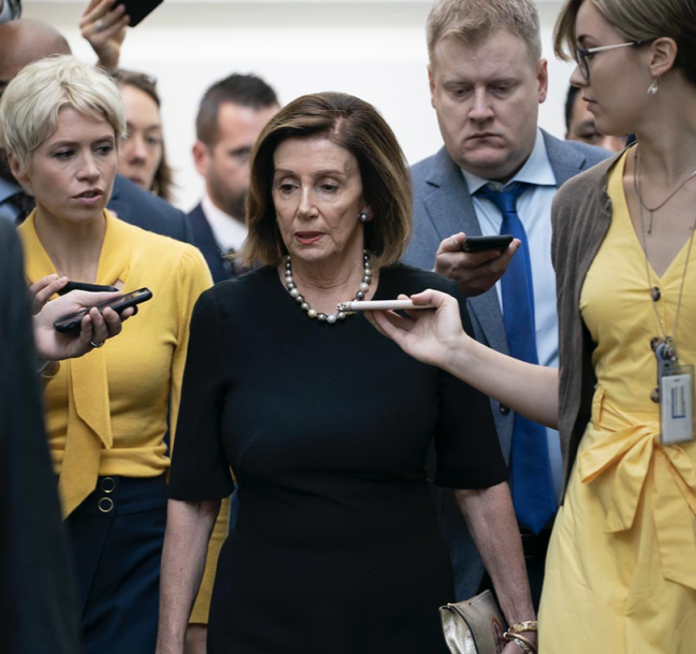 Last week, House Speaker Nancy Pelosi informed America that the House of Representatives will move forward with an impeachment inquiry into President Trump. This announcement came after a whistleblower accused the president of engaging in a quid-pro-quo with the leader of Ukraine.

Following Pelosi’s decision to move in this direction, the RNC and Trump 2020 campaign raised five million dollars within 24 hours. Conservatives also began to point out that Pelosi and the House cannot unilaterally impeach the president.

As talks of impeachment persist, more Americans are bringing up the reality that this inquiry may very well backfire on the Democrat Party. However, Pelosi isn’t all that concerned. As a matter of fact, when asked about what she thinks of the Democrats potentially losing their majority in the House, Pelosi claimed that this “doesn’t matter.”

Pelosi on the Impeachment Inquiry and Democrats Potentially Losing the House

On Saturday, the House Speaker traveled to Texas in order to share remarks at the Tribune Fest.

During this time, Tribune CEO Evan Smith asked Pelosi if she feels anxious about Democrats losing their majority in the House if the impeachment inquiry backfires.

At this point, Pelosi stated that the potential loss “doesn’t matter.”

The House Speaker furthermore maintained that Democrats’ “first responsibility” is to “protect and defend the Constitution of the United States.”

Reactions to the Impeachment Inquiry

The impeachment inquiry into President Trump has generated a series of responses. Criticism remains abundant from the right-wing; the left-wing, on the other hand, views this impeachment inquiry quite favorably. However, certain Americans on both sides of the aisle have noted the Senate’s role in all this.

It’s also important to note that House Democrats have previously voted on impeachment; each time, they’ve failed to achieve enough votes to pass legislation to the Senate.