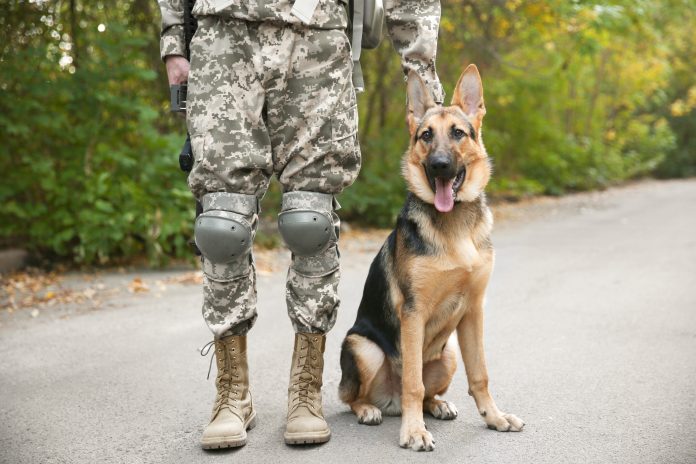 A lot of issues surround Biden’s chosen withdrawal from Afghanistan. This withdrawal empowered terrorists and led to 13 brave servicemembers tragically losing their lives. Meanwhile, Americans at this very moment are stranded in Kabul with no clear exit plan.

Biden’s view is that all of this is a success. In fact, the 46th president, on multiple occasions, has claimed that no part of this could have gone in a better fashion; the rest of America knows better though.

A few days ago, animal rights organization American Humane came out with some troubling assertions about the Biden administration. These assertions claim that the government willfully left behind our nation’s service dogs working with the United States military.

On August 30, American Humane posted that the Biden administration abandoned our nation’s military dogs to the devices of the Taliban in Afghanistan.

The animal rights organization also went on to note that on the final American flights leaving Afghanistan, service dogs were refused room to fly; this allegedly happened despite clear availability in the cargo storage section.

Reports to us from #Kabul, including those from the military, made it clear that not only were contract working dogs denied access to cargo storage in the last flights out, but that the govt. also denied charter planes access to remove the dogs to safety. #NoPawsLeftBehind

Following these troubling reports from American Humane, images appeared online of service dogs at the Kabul airport, locked inside crates. Needless to say, this did not go over well. Many Americans blasted the Biden administration for having the gall to subject U.S. service dogs to this sort of treatment.

American Humane’s reports about the government’s treatment of service dogs caused a lot of heat. Shortly thereafter, the Pentagon responded to the statements from American Humane.

The Pentagon’s account of service dogs’ treatment varies greatly from that of American Humane. Moreover, it doesn’t seem likely that American Humane would make such claims about U.S. service dogs without credible reports and evidence.

Biden, himself, has not commented about the various claims of service dogs’ treatment.