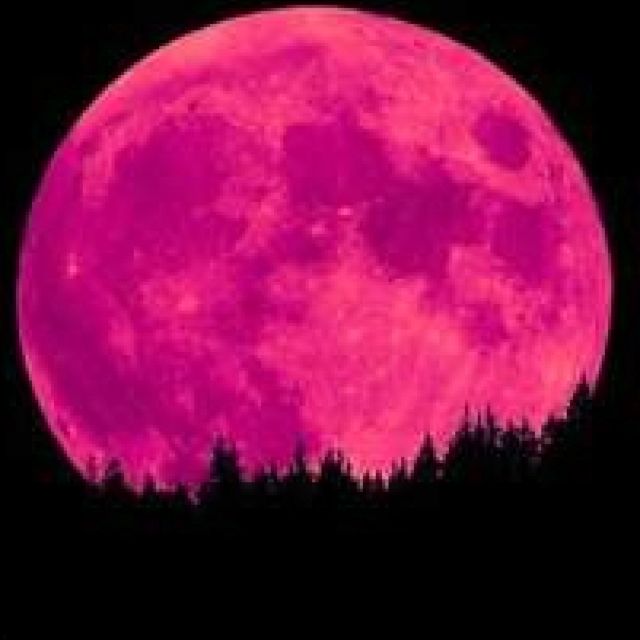 The “Pink Moon” will be shining in the night sky on Monday, April 26th. This is the date when the Moon is making a close approach to the Earth. Because the orbit of the Moon is slightly off-center, at one end its distance to the Earth is greater than the other. It will be the very first Supermoon of 2021!

If you want the best views of the Pink Moon. You should watch it when it first rises above the horizon. This is when the Moon appears biggest.

The Pink Moon isn’t really pink. Most full moons are yellow-gold near the horizon and they turn bright white as they travel overhead.

The Pink Moon is named for a pink flower, the phlox subulata. The spring flower blooms in April in North America. So the Pink Moon occurs at the same time as the wildflower appears. The flower is also known as the creeping phlox or moss phlox. And people have also termed its hue “moss pink.”

The largest, brightest, and rarest moons are Supermoons. A full Moon becomes a Super Moon when the Moon’s orbit is at the closest point to Earth. A Supermoon is always much larger and far brighter than any other Moon.

According to the Old Farmer’s Almanac In 2021, there will be two supermoons. The first one on April 26th and the second one can be viewed in the night sky on May 26th.

It has been estimated by stargazers and astronomers that supermoons are about 7 to 8% larger and around 15% brighter than a run-of-the-mill full Moon.

The Pink Moon goes by many names

Over the years the April full Moon has been referenced by most Native American tribes. Since it happens in the early Spring as the ice melts, it was named, Breaking Ice Moon (Algonquin) and Moon When the Streams Are Again Navigable (Dakota).

Other names refer to the reappearance of certain animals, including Moon When the Ducks Come Back (Lakota), Frog Moon (Cree), and Moon When the Geese Lay Eggs (Dakota).

The name Sucker Moon (Ojibwe) memorializes the suckerfish, returning to streams to spawn.

Most years you can expect about one full moon every month. And when two moons occur in a month, the extra moon is called the Blue Moon. But the Blue Moon isn’t really the color blue either.