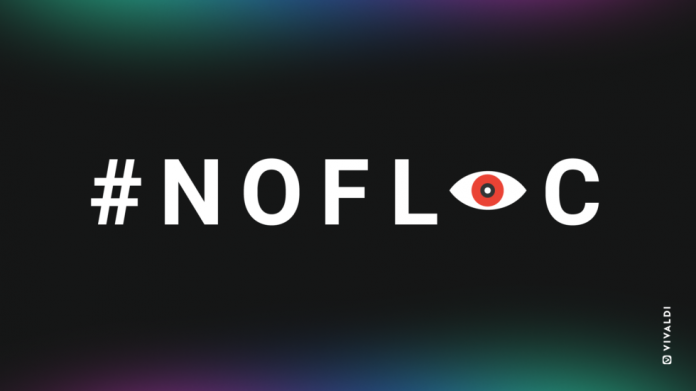 Google recently started an “origin trial” test in the popular Chrome browser. This innovative web technology is called the Federated Learning of Cohorts (FLoC). And has been developed to replace third-party cookies.

The introduction of FLoC is creating issues for the open web. Open Source Browser makers and users have been pushing back. Third-party cookies can follow and track users around the web. And there have long been complaints about the “cookies” role in targeted advertising.

Google’s solution, takes a slightly different approach which Google claims is “interest-based advertising that both improves privacy and gives publishers a tool they need for viable advertising business models.”

With a strong public response DuckDuckGo, Brave, Vivaldi, and other open-source advocates disagree. The companies claim they will disable Google’s FLoC, just like they have been disabling the third-party tracking cookies. They call FLoC a “step in the wrong direction.”

Google’s FLoC replaces third-party cookies by putting Chrome users into categories based on their internet use (interests and demographics). Google claims it’s a more private alternative to third-party tracking cookies. But many privacy advocates disagree.

Recently there has been a slew of Google-involved lawsuits and settlements regarding its users’ privacy. And if the FLoC testing is successful Google isn’t planning on getting consent to track its users in the future.

Despite Google’s denials, many privacy experts claim that the new technology is just a different way to track people. DuckDuckGo is releasing a Chrome extension that will block the elements used by Google’s new tracking tool. And they published a blog post explaining their objections.

“With FLoC, by simply browsing the web, you are automatically placed into a group based on your browsing history (“cohort”). Websites you visit will immediately be able to access this group FLoC ID and use it to target ads or content at you. It’s like walking into a store where they already know all about you! In addition, while FLoC is purported to be more private because it is a group, combined with your IP address (which also gets automatically sent to websites) you can continue to be tracked easily as an individual.” DuckDuckGo claims.

Meanwhile, Brave vehemently opposes FLoC. They issued a statement saying any feature designed to share information about users and their interests should require an “opt-in” or consent from the user. Brave said in response to Google’s unethical practices, it has removed the program in the Nightly versions of both Brave for Android and Desktop.

Brave claims that Google is not concerned about privacy and its actions prove it!

“It is disappointing to see Google, instead of taking the present opportunity to help design and build a user-first, privacy-first Web, proposing and immediately shipping in Chrome a set of smaller, ad-tech-conserving changes, which explicitly prioritize maintaining the structure of the Web advertising ecosystem as Google sees it,” the blog states.

“Google will continue to build profiles, and track users, in the absence of third-party cookies and localStorage,” Vivaldi said in a blog post. “It presents FLoC as part of a set of so-called ‘privacy’ technology, but let’s remove the pretense here; FLoC is a privacy-invasive tracking technology.”

How to Opt-out of FLoC

The debate continues over whether FLoC will actually expose your data more than ever, not protect it. And Vivaldi says FLoC has “serious implications on society as a whole. The question remains if users will even be notified when it’s embedded in Chrome.

If you have concerns about Google’s FLoC,  avoid using the Chrome browser. There are lots of alternatives including Brave or Vivaldi. Or you may want to use DuckDuckGo’s Chrome extension or DuckDuckGo Search, instead of Google. It is configured to opt-out of FLoC.