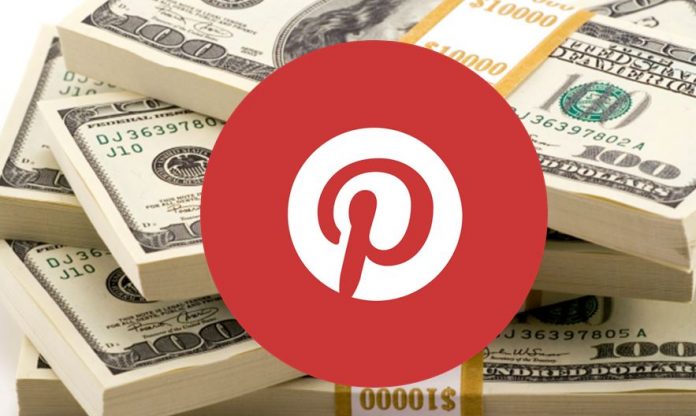 Pinterest (NYSE: PINS) shares have been climbing since its initial public offering (IPO) on April 18. It is a sign that investors are highly optimistic about is future growth and profitability.

On Monday, PINS shares went up more than 14 percent to $34.26 each, bringing the digital scrapbooking company’s market cap to $18.14 billion, according to data from Google Finance.

Pinterest started offering its shares for $19 a piece during its market debut. Its stock price already surged more than $15 or 80 percent over the past seven trading days since its IPO. 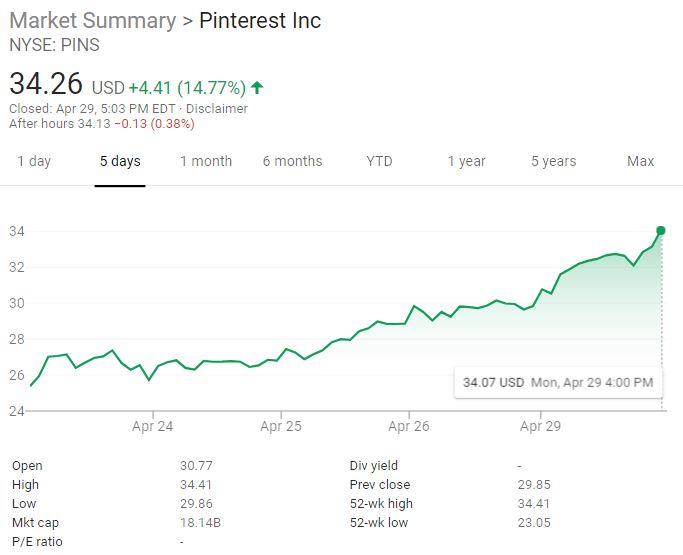 Its current stock price already surpassed the 12-month price target of $23 per PINS share by James Cordwell, an analyst at Atlantic Equities. Cordwell is bullish on Pinterest. He believes that it is capable of achieving a double-digit growth in the second quarter.

Pinterest is “driving value for both pinners and advertisers”

Another analyst, Tom Forte of D.A. Davidson also gave a positive about the digtial scrapbooking company last week. According to him, Pinterest is offering an “impressive visual-based discovery platform” for consumers and a “large and growing global base of consumers with purchase intent” to advertisers. He called it a “powerful combination” that could increase its profit and revenue over the long term.

It appears that both analysts made a strong case for Pinterest and convinced investors to buy PINS shares.

Rick Heitzmann, the founder and managing director at FirstMark Capital, one of the earliest investors of Pinterest, recently stated that the “company has done well.” He also pointed out its “unique positioning” is “driving value for advertisers and pinners” and “people are “realizing that.”

Some market observers believe that the digital scrapbooking company’s shares are riding up with other tech stocks.