Home America What the Polls Say about Trump’s Tariffs
SHARE 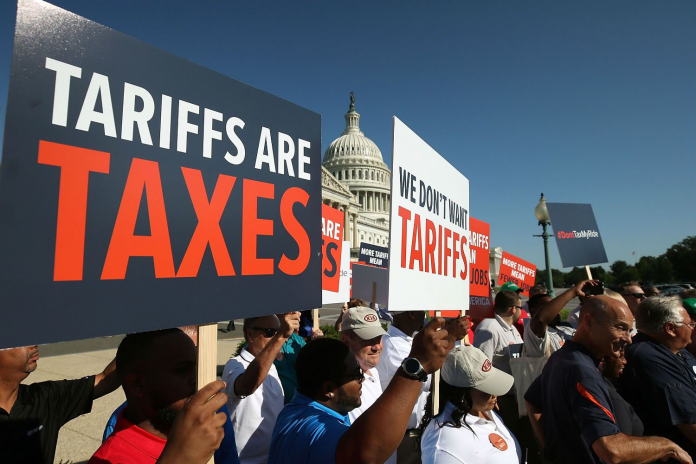 A poll by AP News this week shows that less than half of all Americans expect the recent rise in tariffs to benefit them. It also shows that most Americans do not approve of President Donald Trump’s foreign trade and taxation policies. Still, more than half support his economic policies overall.

Results of the Poll

A poll of 1,055 American adults of mixed race, income and political affiliation showed the following.

Nineteen percent of respondents said they think the rise in tariffs will benefit them personally. Thirty-five percent said they expect the increased tariffs to hurt them financially.

Raymond Brown, a 65-year-old retired trucker, says, “Tariffs don’t help anybody. It seems like the tariffs are imposed and the corporations just pass that tax onto the consumer.” He added that if he wanted to buy a new car, he would have to pay a higher price because of the tariffs on foreign steel and aluminum. The price would go up even more if the U.S. started taxing foreign electronics.

The largest detriment to Trump’s favor with the people, however, is the spike in tariffs. Sixty percent say they are not happy with the president’s foreign trade policy. They say that as a master negotiator and businessman, he’s not doing very well with other countries.