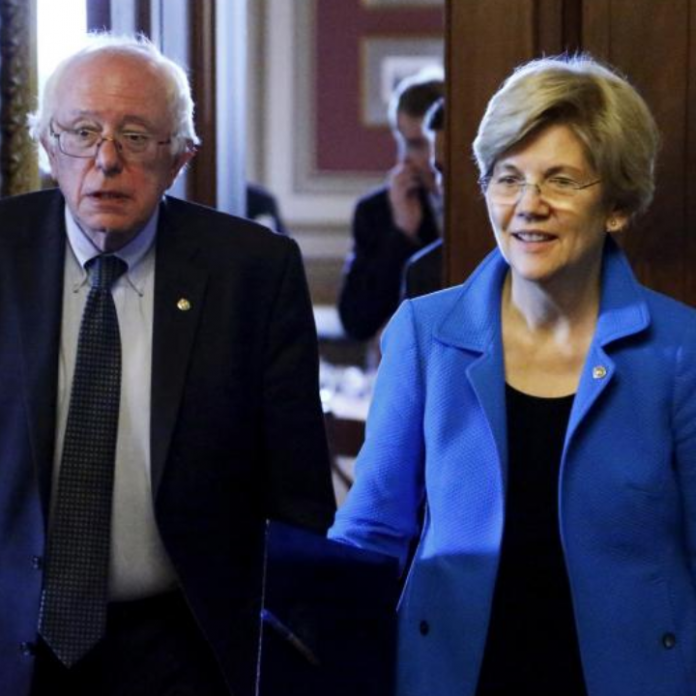 With the progression of 2018 comes various speculations of which Democrats will challenge President Trump in 2020. An opinion piece published by The Hill opines that a Bernie Sanders/Elizabeth Warren ticket could “win big” in the 2020 Presidential election.

By the admission of the op-ed writer, his views that Sanders/Warren 2020 may “win big” in 2020 stem from an upcoming town hall meeting. Throughout the aforementioned meeting, Vermont Senator Bernie Sanders will discuss his take on income inequality. Elizabeth Warren and other left-leaning individuals will then join him.

While the writer mentions other potential 2020 Democratic tickets, he sites Sanders/Warren as the “progressive populist ticket offering the most bold and sweeping agenda.” Both Sanders and Warren have faced accusations from various Americans who perceive them as too extreme. However, the op-ed writer disagrees with individuals who have the foregoing point of view.

The upcoming town hall meeting will occur on March 19, 2018. The op-ed writer furthermore states that voters will view Sanders as a candidate who champions “economic justice,” “fairness,” and “economic opportunity for poor and middle-income voters.”

What Do Other Americans Think of the Case for Sanders/Warren 2020?

Many Americans possess diverse thoughts and ideas regarding a Sanders/Warren 2020 ticket. Some individuals view it favorably, whilst other people perceive the aforesaid ticket as an easy win for President Trump and Republicans. Nevertheless, Americans of multiple viewpoints and perspectives did not hesitate to weigh in with their thoughts and feedback.

Opinions can be found in the comments section of The Hill’s report and furthermore read as follows:

“This really is a dream ticket….for Republicans.”

“Can you imagine Trump going after Sanders and Warren? Talk about entertainment.. Pocahontas and Commie Bern.. twitter will go crazy.. LOL”

“After being cheated, he immediately started supporting Hillary and never complained about being cheated. He is a pushover.”

Although the 2020 Democratic ticket remains unknown, the same cannot be said for the GOP ticket. During a Saturday rally in Pennslyvania, President Trump not only announced his upcoming bid for re-election, but he also shared his re-election campaign slogan: Keep America Great.

Finally, the President’s preceding announcement did not come as much of a surprise. Many Americans predicted his decision to pursue re-election in 2020.