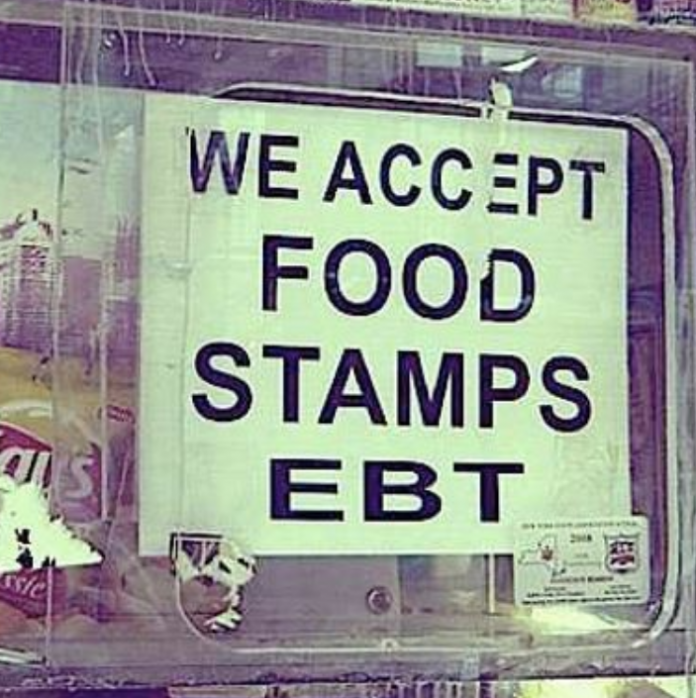 Recent coverage from The Hill affirms that Americans who benefit from food stamps could possibly be facing significant changes.

The Trump administration’s proposed plan would enact several alterations in what Americans on the Supplemental Nutrition Assistance Program (SNAP) can purchase. Firstly, people who consume more than $90.00 per month from SNAP would get a USDA food package to replace half of SNAP’s benefits. If the White House’s plan succeeds, the food package shall comprise canned vegetables and fruits, cereal, milk, beans, pasta, and peanut butter.

Over 80% of SNAP beneficiaries consume more than $90.00 of government benefits each month.

The White House’s foregoing proposal has considerable economic upsides. Over the next decade, SNAP-related government spending would decline by $129 billion dollars. The plight of excessive government spending and mounting debt concerns many Americans.

“It maintains the same level of food value as SNAP participants currently receive, provides states flexibility in administering the program, and is responsible to the taxpayers.”

The Battle Over Food Stamps in America

Like other controversial, political matters, opinions regarding food stamp beneficiaries are incredibly diverse. While some people believe the SNAP program should stay as is, others are in favor of potential changes, such as the aforementioned. Furthermore, the argument over whether food stamps are more helpful or harmful to the U.S. also remains ongoing.

There are some people in this country who fundamentally disagree with restricting or even modifying the access of current SNAP beneficiaries. These Americans believe that any changes would bring harm to the poorest and most vulnerable people.

However, other Americans have a contrasting outlook. Those who disagree with the preceding argument have pointed out that SNAP is not designed as a permanent solution. People who receive government assistance ought to be looking for work, note critics of government assistance.

Moreover, the economic argument is a faction of the case in favor of the White House’s proposal. Many working Americans do not feel as though they ought to foot the bill for people who are not working. People who hold this belief also note that the U.S. is in trillions of dollars of debt. As affirmed by The Hill, reducing SNAP spending would preserve nearly $130 billion dollars over the next decade.

The ultimate decision regarding the Trump administration’s proposal has not yet been decided. Upon a final resolution, a new report will follow this one.