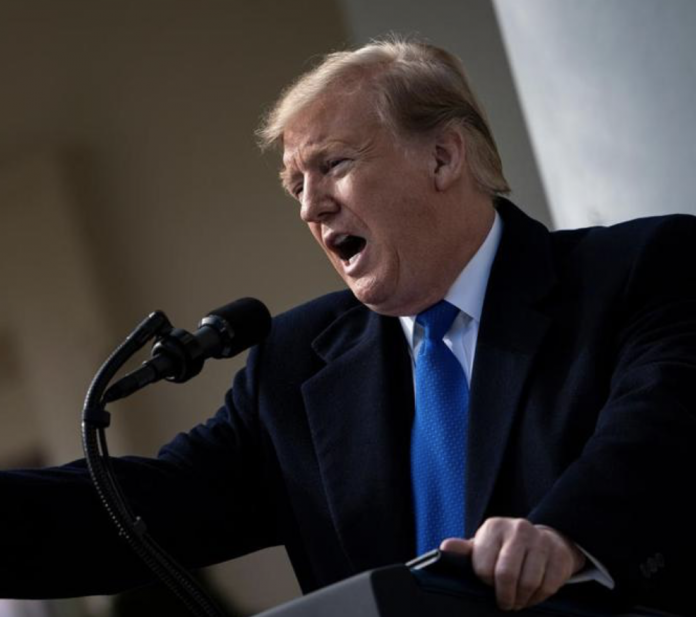 President Donald Trump vowed to challenge impeachment proceedings against him in the Supreme Court of the United States (SCOTUS) if Democrats in the House of Representatives decide to start such actions.

In a tweet on Wednesday, Trump reiterated that “angry Democrats” wrote the Mueller Report and he did not commit crimes. He added he will go first to the SCOTUS to stop the impeachment proceedings.

The Mueller Report, despite being written by Angry Democrats and Trump Haters, and with unlimited money behind it ($35,000,000), didn’t lay a glove on me. I DID NOTHING WRONG. If the partisan Dems ever tried to Impeach, I would first head to the U.S. Supreme Court. Not only……

…..are there no “High Crimes and Misdemeanors,” there are no Crimes by me at all. All of the Crimes were committed by Crooked Hillary, the Dems, the DNC and Dirty Cops – and we caught them in the act! We waited for Mueller and WON, so now the Dems look to Congress as last hope!

Under the U.S. Constitution, the House of Representatives has the sole power to impeach the President and other federal officials. The Senate is the only court for impeachment trials.

The House must vote to begin the impeachment process against Trump if it believes he committed bribery, treason, or other high crimes and misdemeanors.

Laurence Tribe, a constitutional law professor at Harvard University, told TIME that the Supreme Court has no authority to hear legal challenges to impeachment proceedings.

“The court is very good at slapping down attempts to drag things out by bringing it into a dispute where it has no jurisdiction,” said Tribe.

In a tweet, Tribe called Trump’s argument regarding the matter an “idiocy.”

Trump’s idiocy won’t serve him well as we move through the #impeachment process. Not even a SCOTUS filled with Trump appointees would get in the way of the House or Senate, where CJ Roberts would preside over Trump’s Impeachment Trial. My book with @JoshuaMatz8 lays it all out. https://t.co/eXTCX2wFnZ

Mueller Report did not exonerate Trump on the question of obstruction

Since the release of the Mueller Report, a number of Democrats have been calling for impeachment proceedings against Trump. Special Counsel Robert Mueller III and his team of investigators did not establish criminal conspiracy between the Trump campaign and Russia on election interference.

House Democrats are currently conducting a number of investigations to determine if the President committed an impeachable offense.

On Monday, House Speaker Nancy Pelosi wrote in her letter to fellow Democrats that impeachments proceedings are not the only option to find the truth to hold Trump “accountable.” 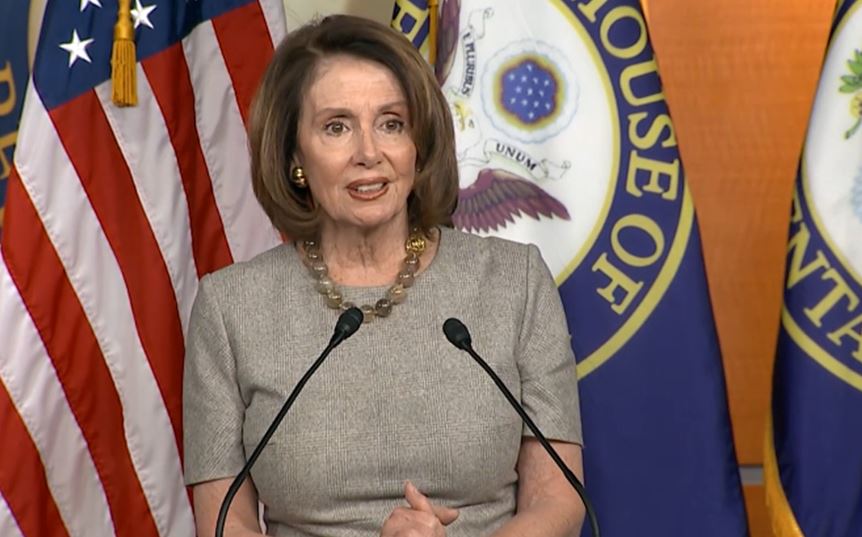 According to Pelosi, “While our views range from proceeding to investigate the findings of the Mueller report or proceeding directly to impeachment, we all firmly agree that we should proceed down a path of finding the truth.”

“As we proceed to uncover the truth and present additional needed reforms to protect our democracy, we must show the American people we are proceeding free from passion or prejudice, strictly on the presentation of fact,” she added.

On Tuesday, Pelosi reiterated, “I do believe that impeachment is one of the most divisive forces, paths that we could go down to in our country. But if the facts, the path of fact-finding takes us there, we have no choice. But we’re not there yet.”