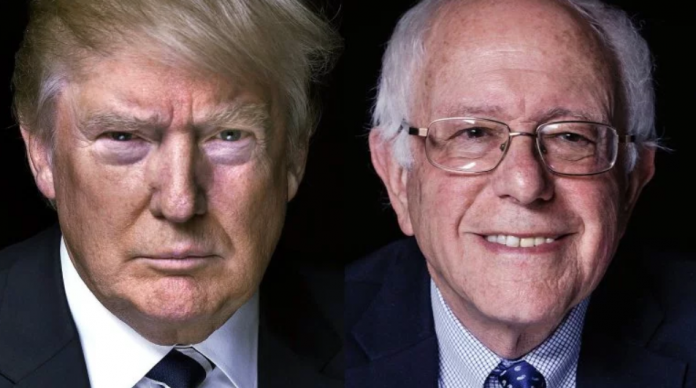 Many Americans noted the contrast between President Trump and Bernie Sanders’ tweets pertaining to the newly approved Tax Cuts and Jobs Act, as reported by Fox News.

Over the holiday weekend, President Trump tweeted out the following messages after officially signing the $1.5 trillion Tax Cuts and Jobs Act into law:

Today, it was my great honor to sign the largest TAX CUTS and reform in the history of our country. Full remarks: https://t.co/kMxoxEB68G pic.twitter.com/OeAoA0sLfx

The Tax Cut/Reform Bill, including Massive Alaska Drilling and the Repeal of the highly unpopular Individual Mandate, brought it all together as to what an incredible year we had. Don’t let the Fake News convince you otherwise…and our insider Polls are strong!

President Trump and other conservatives have lauded the GOP tax bill. Noting the multiple tax reductions provided to multiple families, supporters of the bill affirm that middle class families will benefit from the new legislation. However, not all Americans share this point of view.

At least Trump is finally telling the truth about his tax bill. https://t.co/pEwx0DvRiq

However, after Sanders’ critical post, President Trump tweeted about his accomplishments since his time in office:

The Stock Market is setting record after record and unemployment is at a 17 year low. So many things accomplished by the Trump Administration, perhaps more than any other President in first year. Sadly, will never be reported correctly by the Fake News Media!

Sanders then proceeded to express what he views as better uses $1.5 trillion could be dedicated towards before warning Republicans to “worry very much” about 2018:

What we could do with $1.5 trillion:
-Make college tuition-free
-Provide universal preschool
-Repair our crumbling infrastructure
-Fund CHIP for 107 years
-Rebuild Puerto Rico

What Republicans did:
-Give tax breaks to the wealthy and corporationshttps://t.co/cpuyrTkhQI

If I were the Republicans, I would worry very much about 2018.pic.twitter.com/UQcWla7pST

However, President Trump appears to have an optimistic outlook for how Republicans will fare in 2018:

Remember, the Republicans are 5-0 in Congressional races this year. In Senate, I said Roy M would lose in Alabama and supported Big Luther Strange – and Roy lost. Virginia candidate was not a “Trumper,” and he lost. Good Republican candidates will win BIG!

Controversy Regarding the Tax Cuts and Jobs Act

Perceptions of the GOP tax bill appear to heavily align with political affiliation and partisanship. From the moment of its inception, Democrats have alleged that the Tax Cuts and Jobs Act is no good. However, Republicans have repeatedly countered this claim.

Americans have also criticized Sanders for his remarks on tax reform and 2018. Readers of Fox News did not hold back in the comments section of the report:

“Bernie = open borders, free for illegals- healthcare, food stamps, tuition, anything else he can think of. BYE BYE SANDERS FOREVER. I thought he died, is that his ghost???”

“The Hillary consortium gave Bernie a lesson in socialism. They took votes he’d earned and gave them to Hellary. Hey Bernie: FEEL THE BERN/BURN!”

“Did Bernie not sell his soul to the devil, oops I meant Hillary, why do we even care of his opinion after that? He tries to act as though he is a middle class working guy, far from it I would say.“