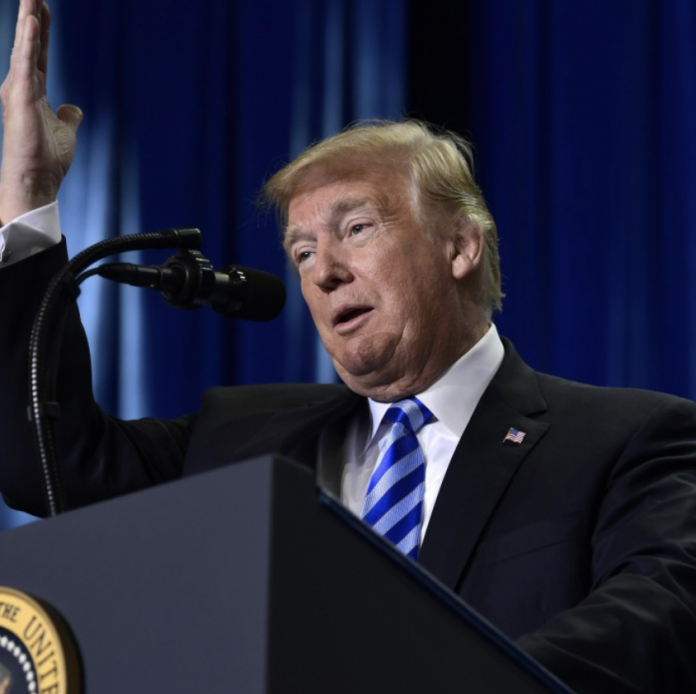 On Friday, President Donald Trump spoke out about the ongoing political unrest and violence. His remarks came during his rally in North Carolina, reports Fox News.

President Trump’s statements centered around the recent arrest of the suspect who mailed bombs to various left-wing leaders.

“As you know, the suspect has been captured – great job – and is now in federal custody. This is finding, truly, a needle in a haystack, when you think about it. Political violence must never, ever be allowed in America. I will do everything in my power to stop it.”

The commander-in-chief also stated that the media has a role to play in dialing back political acrimony.

Finally, Trump stated that Americans simply want “honest coverage” from the press. Towards the end of the rally, the president urged his supporters to vote for Republicans in the upcoming midterm elections.

“This is one of the most important elections of our lifetime. A vote for Democrats is a vote for open borders and a vote for tax hikes. We need borders [and] we need a great military. We want lower taxes. It’s not conservative or liberal. It’s common sense.”

The Rise of Political Acrimony in America

At this time in American history, political acrimony is at an all-time high. The mail bombs are simply another instance of how certain individuals have chosen to lash out at those with opposing political views. Furthermore, radical individuals have harassed their political adversaries in restaurants and outside of their homes.

Like President Trump, conservatives have stated that the media plays a role in the ongoing discord. Many right-leaning Americans believe that the press unfairly vilifies President Trump and his backers. Likewise, they have expressed concerns that Democrats are encouraging their more radical supporters to engage in violence.

Eric Holder’s statement that Democrats ought to “kick” Republicans who go low is a prime example of such. Another example comes in the form of Hillary Clinton stating that Democrats can return to civility in the event of winning the midterm elections. Both Holder and Clinton faced backlash for their aforementioned statements.