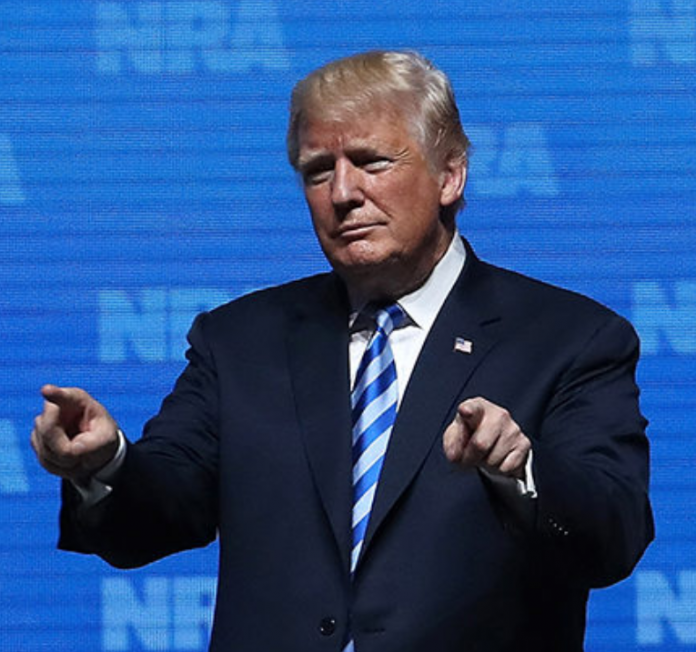 On Friday, President Trump spoke at this year’s NRA Convention in Dallas, Texas, according to The Hill.

An Overview of President Trump’s Speech

During the President’s remarks, he firstly expressed his support for the Second Amendment. Then, President Trump spoke out about the pitfalls of “gun free zones,” advocated for arming security guards and teachers, and conveyed confidence about Republicans’ chances of winning this year’s upcoming midterm elections.

Arming schoolteachers and security is a proposal which came up after the horrific Florida high school shooting. Some Americans rallied and marched for stricter gun control measures. However, many right-leaning individuals affirmed that criminals do not follow gun control laws. President Trump touched upon the preceding point during his speech at the convention:

“There is no sign more inviting to a mass killer than a sign that declares: ‘This school is a gun free zone.’ If we’re going to outlaw guns, like so many people want to do … we are going to have to outlaw — immediately — all vans and all trucks, which are now the new form of death for the maniac terrorists.”

The President then elaborated upon his newest policies. These measures are designed to halt future occurrences of the Parkland, Florida high school shooting:

“I recently signed legislation that includes more than $2 billion to improve school safety. [This includes] the funding for training and metal detectors and security and mental health.”

Receptions and takeaways from President Trump’s remarks at the NRA Convention greatly vary. His statements were met with considerable applause from the conservative, pro-Second Amendment audience at the convention. Many conservatives who did not attend the convention also praised the President’s rhetoric. However, Trump critics expressed less favorable responses regarding the Commander-in-Chief’s speech.

I want to thank all of our friends and patriots at the @NRA. We will never fail, and we will always protect your Second Amendment! God Bless you, and God Bless America! pic.twitter.com/3PoNPV24p4

Just returned home to the beautiful White House, from Dallas, where the Arena was packed to the rafters with the great fans and supporters of the @NRA. It was so wonderful to be there!

On Tuesday, the NRA also tweeted an announcement of President Trump’s then-forthcoming speech:

.@NRAILA announced that @realDonaldTrump will headline the annual NRA-ILA Leadership Forum in Dallas on Friday. “I am honored to welcome President Donald Trump and Vice President Mike Pence to the NRA Convention in Dallas.” – @ChrisCoxNRA #NRA https://t.co/lybJWx8sGV