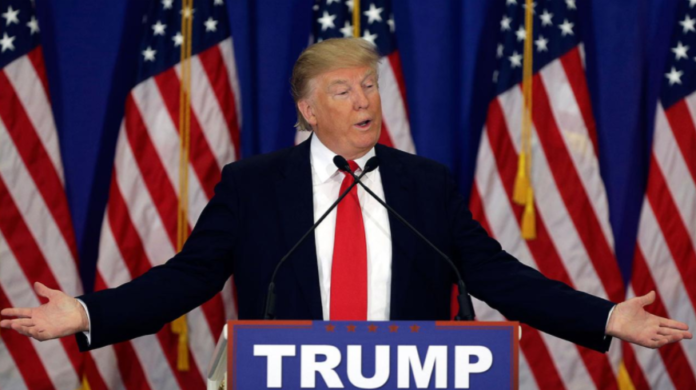 Earlier today, President Trump cut funds for North Korea weaponry, via executive order, as reported by CNBC. North Korea has demonstrated their lack of regard for the livelihood of other nations countless times and should no longer have access to weapons with the ability to kill countless people.

“North Korea’s nuclear weapons and missile development is a grave threat to peace and security in our world and it is unacceptable that others financially support this criminal, rogue regime. Our new executive order will cut off sources of revenue that fund North Korea’s efforts to develop the deadliest weapons known to humankind. The order enhances the Treasury Department’s authorities to target any individual or entity that conducts significant trade in goods, services or technology with North Korea.”

North Korea brought this upon themselves. For far too long, they have run amuck, launching missiles and threatening nations around the world. They have no regard for human life. Therefore, significant funding cuts are to be expected. Allowing North Korea access to weapons that could be used against America and our allies is foolish. The Obama days are over. President Trump will not sit idly by like his predecessor.

According to Reuters, Kim Jong Un called President Trump “deranged.” Additionally, the communist dictator noted that North Korea shall persist with their missile programs. They also indirectly threatened America, stating that we might be a target.

North Korea’s inability to recognize their mistakes is unfortunate. Kim Jong Un expressed displeasure with President Trump’s talk about destroying North Korea if they target America. However, Kim Jong Un more than earned the commentary from Trump. North Korea is certainly not doing their people any favors. It is unfortunate that countless lives hang in the balance due to a tyrannical, sociopathic dictator.

Trump critics shall surely employ the mounting tensions between North Korea and America as a tool to assign blame to President Trump. What would they have him do? If Trump detractors and liberals had their way, America would bow down to North Korea. That’s not how professionals handle business.

The United States must remain strong. President Trump is doing an amazing job at representing and defending this nation. We will not allow threats to go unchecked, likewise, we also refuse to aid the enemy. North Korea would do well to remember that before they start something they cannot finish.