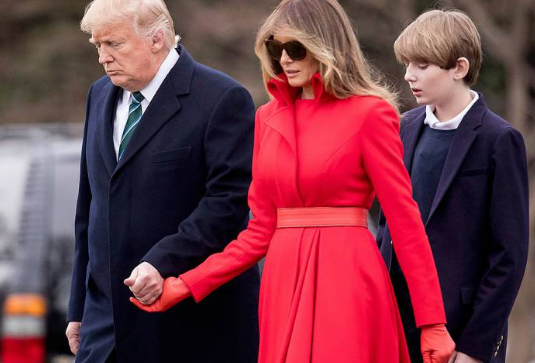 From the time President Trump announced his run for the White House, the mainstream media has been in a hysterical frenzy. From fake news to outright slander, news reporters relentlessly expressed pure rage towards the 45th President. In light of these occurrences, it begs to question: doesn’t the media have an obligation to report fair, accurate, and unbiased news? The media is not an outlet for biased reporters to promote their radical, left wing agendas, yet they continue to do so anyway. It is utterly disgraceful.

Not only do reporters maliciously spread mistruths about President Trump, they also provide a platform for others who engage in this malpractice. Sen Chris Coons from Delaware recently went on MSNBC and falsely declared that the FBI had transcripts linking the President to colluding with Russia. Coons had zero proof to support his outrageous accusations and used MSNBC as a platform to spread misinformation. He was later forced to recant and admit that his allegations were baseless. This is the liberal mainstream media in a nutshell.

The media fears Trump because unlike other Presidents, he is not a puppet who can be controlled or bought off. President Trump loves America and will do what is in this nation’s best interests. The truth boils down to this simple fact: President Trump is the mainstream media’s worst fear because they cannot govern him. The Commander in Chief is an outsider and this terrifies a group of people who are used to pulling the strings of former Presidents.

Moreover, President Trump’s leadership capabilities coupled with his policies have collectively engendered the media’s loathing. Past Presidents said whatever was necessary to get elected; afterwards, they did as they pleased. Since President Trump’s inauguration, he kept a slew of promises that he made on the campaign trail. Those include, but are not limited to: lifting unnecessary blocks on the Keystone XL and Dakota Access Pipelines, selecting a conservative Supreme Court Justice to replace Scalia, and pinpointing foreign trading systems that are abused and hurt American workers. In keeping his campaign promises, President Trump sends a clear message that he is prioritizing the people of this nation, not the lobbyists and special interest groups.

The 45th President’s boldness to say what he truly believes is unlike any other politician seeking public office. Most politicians choose to stick to a script, follow the status quo, and often have a “private position and public position,” like Hillary Clinton. President Trump is unapologetically candid and outspoken; this scares the media because it is unlike anything they have ever seen before. Rather than embrace the President as a relief to the rehearsed lines that the American people have grown tired of, left wing reporters choose to vilify him. It is a known fact that people often berate and fear what they don’t understand.

Despite the antics of the mainstream media, President Trump remains a leader who stands for the people. The policies he is enacting are in perfect alignment with those in his 2015 book Crippled America: How To Make America Great Again. President Trump is deeply passionate about the success of America; he loves this nation and wants people of all ages, races, and backgrounds to succeed. The mainstream media’s fear of him irrelevant. All that matter are the steps he is taking to ensure that greatness and prosperity overcome all threats, both foreign and domestic.