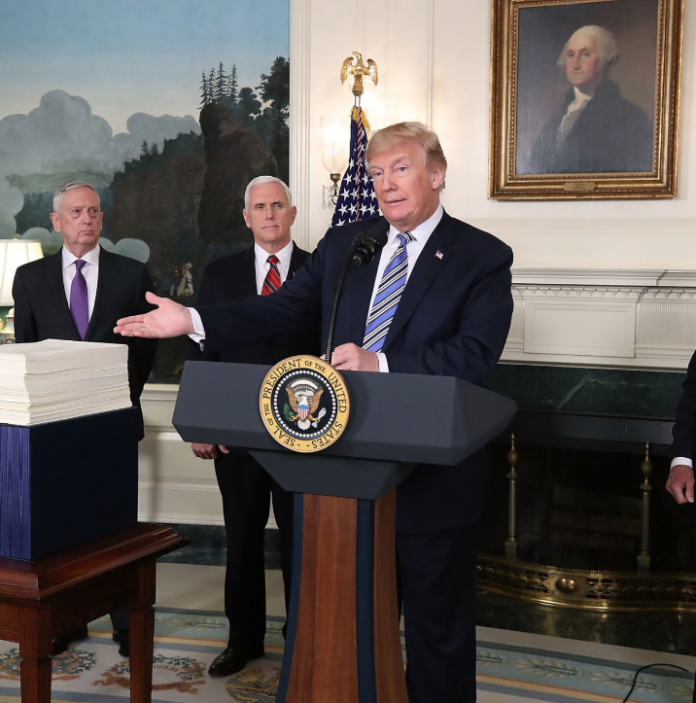 Earlier this week, President Trump urged Congress to end $15 billion dollars worth of government spending. This is also a move which The Hill classified as “wise.”

An Overview of President Trump’s Moves to Reduce Spending

Astronomically high amounts of government spending is a longtime plight which has afflicted America. Both Republicans and Democrats see excessive spending as problematic. However, each side has their own notions and proposals on the best ways to reduce spending. The nation is currently trillions of dollars in debt and the number continues to rise with each passing day. Americans on both sides of the aisle have also warned of the many dangers associated with high debt and high government spending.

Nevertheless, certain people and lawmakers are pushing against the President’s moves to lessen spending. Certain Trump critics have cited the request as a “PR stunt” and “rounding error.” Other Americans have questioned how a $15 billion dollar decrease in government spending will impact certain programs.

The current U.S. spending budget rests at an annual $4 trillion dollars. While certain individuals have noted that $5 billion may pale in comparison to $4 trillion, they seem to believe that it makes for a good start. Many people in this country have expressed concerns about the potentially devastating consequences of the government continuing to spend more and more money as the national debt surges.

At this point and time, Congress has exactly 45 days to issue a response to the President’s appeal. The Hill notes that the American taxpayers and economy are also negatively impacted by radically high amounts of government spending. At this point and time, many Americans have also expressed their eagerness to boost government efficiency and lessen the budgets of certain agencies.

Finally, readers of The Hill weighed in with their thoughts regarding the President’s request and overall government spending:

“Obama left the country $20 trillion in debt. This is a good start…..”

“Attempting to reduce the deficit short of inflation when aggregate demand exceeds real productive capacity or full employment, will result in higher levels of unemployment, poverty, and death.”

Whether or not Congress honors President Trump’s appeal remains to be seen.